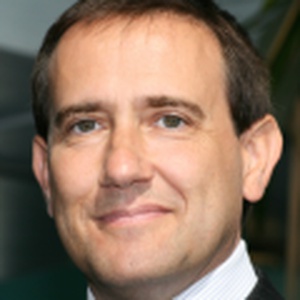 Lawrence Webb was the UK Independence Party (UKIP) candidate in South West in the European Parliament (UK) elections. Our volunteers have been adding information on Lawrence Webb - here's everything we know so far!

The party's candidate page for this person
http://www.ukiplondon2014.org.uk/ppc/
We don't know Lawrence Webb's email address. Can you add it?

I was brought up in the constituency where I still live with my wife and two children.
I am a local councillor and represent the ward of Gooshays. Before
working in politics, I was a self-employed electrician and understand the impact that our membership of the EU has had on the lives of ordinary families. I also served in the Territorial Army for eight years.
I got involved in politics 18 years ago when I joined UKIP; from that day to this I have been fighting to get our country back from the EU. In that time I have seen this country betrayed by Labour, the LibDems and the Conservatives alike. They have lied to the
people every step of the way.
We were only granted a Referendum because of the pressure applied by UKIP and we will only truly gain our freedom from the EU by that same pressure.
Who do YOU trust to deliver BREXIT - a career politician who has been parachuted in and is led by someone who less than twelve months ago claimed it was in our best interest to remain a member of the EU or someone who has been fighting for BREXIT for 18 years.
Nearly a year on from the referendum nothing has changed; we are still paying millions of pounds every week in to the EU budget, we are still subject to EU rules and regulations and immigration is still running at about 70,000 every month (ONS NiNo registrations).
This is why the Conservative Leader of Havering Council recently unveiled plans to turn Havering into Hackney by building 30,000 new homes in the borough, many of which will be built on our green spaces, yet there are no plans for any more schools, hospitals or doctors surgeries.
As your MP, I will represent you and only vote for things that are in Britain’s national interest.

This statement was added by Lawrence Webb, their team, or by a Democracy Club volunteer, based on information published by the candidate elsewhere.