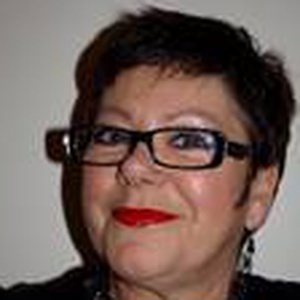 Elaine Pantling was the Labour Party candidate in Eyres Monsell in the Leicester City Council. Our volunteers have been adding information on Elaine Pantling - here's everything we know so far!

It has been a privilege to represent Eyres Monsell since the by-election in 2017, and I would love to carry on doing so.

My family has a long tradition of involvement in socialist activities in Leicester. Jabez Chaplin the first Labour Mayor of Leicester was my Great, Great Uncle, my grandma was a union Rep in the hosiery trade and as one of 6 children our house was always full of political debate.

I have lived in Leicester all of my life, educated at Countesthorpe College, left school in 1975 and worked in the hosiery trade for 20 years as a Time Served Cutter. I enrolled for an Access to HE Course and at the age of 40 I gained a BA Hons. In Performing Arts and have now been working professionally as an artist for 19 years.

I am very proud of my working-class roots and have a strong connection with Eyres Monsell as my Husband was born on the estate. In fact the Pantling family were one of the first families to move into the estate in 1953. My husband went onto teach at Linwood School on the Saffron Lane and lived in Eyres Monsell until we married in 1985.

The Labour Party was built by Working Women and Men who fought hard against the inequalities that were set before them. Austerity has a stranglehold hold on the lives of many with families living on the breadline barely able to survive.

I have a passion for people and for our community and want to carry on using my experience for the benefit of the people of Eyres Monsell.

This statement was added by Elaine Pantling, their team, or by a Democracy Club volunteer, based on information published by the candidate elsewhere.

Elaine Pantling's local party is the Labour in Leicester.

If you can add information that should be on this page - such as Elaine Pantling's CV, email, homepage, twitter account - please use our crowdsourcing website to add it.