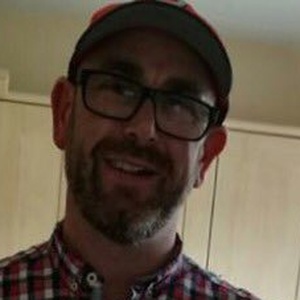 Paul Preston was the Labour Party candidate in Bartley Green in the Birmingham local election. Our volunteers have been adding information on Paul Preston - here's everything we know so far!

We don't know Paul Preston's email address. Can you add it?

Ever since I can remember The Labour Party has been part of my life. Being brought up within a large family in one of the poorest parts of the city during the 1970s encouraged me to want to help and achieve more for the people that lived in my community. I remember at a very young age standing in front of the Town hall holding a placard proclaiming the Labour Party and the right for free school milk against the Thatcher Government

I have worked in care since 1993 starting at the bottom and working my way up to management level. As soon as I started work I joined a trade union and became a Union Rep helping highlight to the other workers the finest origins of the Labour Party history, the labour movement. Today I am a NVQ assessor/trainer practicing what I preach.

I have campaigned over many years for Labour within different constituencies in the West Midlands; you may have met me during the Kate Booth campaign where I helped endlessly and most recently in the General Election for Preet Gill (What a result!).

My aims are to focus on the Tory cuts that are effecting all that live in Bartley green, which have been very evident when I have spoken to many members while on the doors steps this year. My mission will be to help raise awareness of the school cuts affecting all our children. The policing in the area being stretched due to the cuts also means crime is on the rise. I also want to save local services from closure.

I will ensure that the Labour movement in Bartley will be represented from all sides of the party from Right, Left and centre to try and help the residents in Bartley green with there concerns.

During our campaign we have spoken to many residents about their concerns. I have arranged street stall. Spoke to MP’s, crime commissioners but most importantly you the Voters. BG labour have produced leaflets, letters and used social media to send out daily updates of our progress. We also send a weekly newsletter to our members so they can share in our experience.

So now you know more about me we’d really love to hear from you! Over the next few weeks you should be receiving a leaflet from us explaining all about the Bartley Green Labour Party, the candidates and what we are doing next. you can also find us on Twitter and Facebook. #letsturnBartleyRed

This statement was added by Paul Preston, their team, or by a Democracy Club volunteer, based on information published by the candidate elsewhere.