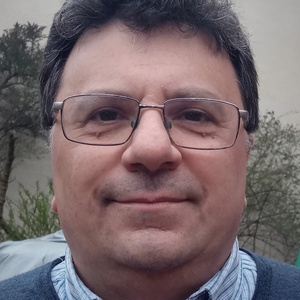 Gino Bellavia was an independent candidate in North Edgbaston in the Birmingham local election. Our volunteers have been adding information on Gino Bellavia - here's everything we know so far!

I have lived in Birmingham for over 35 years, the last 16 years in what will be the new North Edgbaston ward.

After graduating from the University of Birmingham in Physics, I worked in higher education, business, the civil service and non-profit sector.

My various roles have given me a solid experience in technology, project management, research, sales and policy development, which I will bring to the role of a councillor.

I already work with the local police and residents to voice their concerns, and am a member of the Police Independent Advisory Group.

I believe national party politics gets in the way of working together at the local level.

As an independent I have no agenda, other than to serve you.

My aim is to increase participation in the decision-making process.

I will do this by enabling YOU to vote on issues, so I vote how YOU want me to vote at the council.

To begin with I will do this by holding people’s parliaments.

In time I hope to be able to do this with technology which is in development now.

People Power Brum are a community of volunteers who are helping my campaign in North Edgbaston and who want to REINVENT DEMOCRACY for the 21st century.

Instead of a manifesto of elaborate promises and playing party politics, People Power Brum promote the ‘People’s Pledge’:

“If elected, I will return POWER to the PEOPLE, by making Birmingham the first city in the world to implement LIQUID DEMOCRACY, where everyone is included and empowered to drive society forward”

I have taken that pledge.

We can’t save the world at these elections but we can start something new.

This statement was added by Gino Bellavia, their team, or by a Democracy Club volunteer, based on information published by the candidate elsewhere.

If you can add information that should be on this page - such as Gino Bellavia's CV, email, homepage - please use our crowdsourcing website to add it.