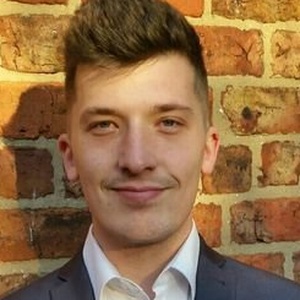 Tom Kowalski was the Labour and Co-operative Party candidate in Cleckheaton in the Kirklees local election. Our volunteers have been adding information on Tom Kowalski - here's everything we know so far!

On Thursday 3rd May many of you will be going to the polls- I ask that you use your vote for me, a sensible and enthusiastic voice for change in Cleckheaton.

I am a primary school teacher, keen local activist and semi-professional singer. Since being selected as the Labour and Co-operative Candidate for Cleckheaton, I’ve been out listening to resident’s concerns and I’ve heard what you have to say.

Many worry over the strain on Cleckheaton’s infrastructure, getting a dentist or doctor’s appointment or a decent school place for their children child. Some of you have worries over the poor state of our roads, as well as other issues such as fly tipping, or dangerous driving and anti-social behaviour.

If elected I will work hard tirelessly to address these problems.

It is time for a change in Cleckheaton after years of the same faces and the same answers from your local Councillors. This is an area to be proud of and I want to help to make it an even better place to live for you and your fellow residents. With my background and enthusiasm, I am the best candidate to make that happen.
If you do me the honour of giving me your vote and I am elected as your Councillor I pledge to:

1. Give residents a voice
Many residents feel their concerns are not heard. I will be an active and easy
to contact representative for the people of Cleckheaton who will make your
voices heard.

3. Stand up to Austerity
Austerity is blighting our communities. I will stand up against the
Government's brutal cuts, doing my best to ensure the services we rely on
are maintained and protected.

4. Tackle anti-social behaviour
Many feel unsafe. I will stand up for local communities, working with the
Police, community leaders and others to help local people feel safer.

5. Help us to improve our own community
As Austerity continues to bite, Kirklees is struggling to maintain the services
we hold dear. I will support voluntary groups and residents who want to hold
events and run projects to make Cleckheaton a better place for all.

Finally, the opposition want to make this election all about car parking charges in Cleckheaton- THIS IS THE TRUTH:

There is NO PROPOSAL to introduce car parking charges in Cleckheaton. The truth is that the Council's Officers are reviewing parking charges across Kirklees, since these have not risen since 2007. The Officers will report back in the autumn and it is likely a modest increase to current parking charges will be the result.

There is no proposal to introduce new parking charges in Cleckheaton and the Labour Party is not proposing any such change.

I want to reassure you on this. There is no proposal for parking charges in Cleckheaton. I strongly oppose the introduction of any such charges and would fight hard to prevent it, but the reality is, it is not being proposed.

Cleckheaton deserves a hard-working, honest representative to be their for residents. Please, give me four minutes of your time on 3rd May and I will give you four years of mine.

This statement was added by Tom Kowalski, their team, or by a Democracy Club volunteer, based on information published by the candidate elsewhere.