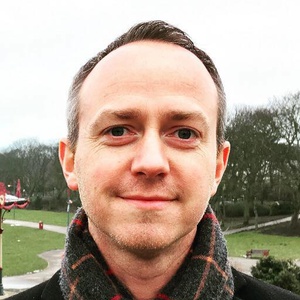 David Francis was the Green Party candidate in Beacon and Bents in the South Tyneside local election. Our volunteers have been adding information on David Francis - here's everything we know so far!

Facebook
https://www.facebook.com/davidfrancisgreenparty/
We don't know David Francis's email address. Can you add it?

I’m thrilled to have been chosen as the Green Party’s candidate for the election here on May 2nd. The Green Party chose me as they know that I really want to make a difference here. I have the skills, time, experience and determination to do so and this area really matters to me. As you know from our Green News leaflets over the last few years, I’ve been working hard with our team on all sorts of issues, from litter and fly-tipping to the state of our roads and of course the campaign to fight for our local hospital services.

As many of you are telling us on the doorstep, it’s only the Green Party who work hard here all year every year. Most people we speak to say they only ever hear from their councillors at election time. All kinds of people arrive just before an election and make big promises, then vanish as soon as the election is over. Their promises vanish too. South Tyneside deserves better than that.

South Tyneside Council is run by the Labour Party, who currently hold 53 of the 54 local council seats. There is no strong opposition holding them to account. Having alternative voices on the council to provide constructive views and challenge the Labour Party is really important for local democracy. A one-party state never serves any area well. Where there is less opposition on councils, people get worse value for money from the council tax they pay. Many local people are telling us that although they have historically voted Labour, they are frustrated with the current council and strongly feel the need for change. Electing another Labour councilor here won’t change anything on the council but sending me as an independently-minded alternative voice will.

I love South Tyneside – the history, the community and of course our breath-taking coastline. I have been working hard with the Green Party to make a contribution, but as a campaigner there is a limit to what can be achieved. Becoming your elected representative would allow me to build on the positive work we’ve already done and make even more of a difference to our area. Please consider voting for me on May 2nd to enable me to do even more for you and for the local area as your elected Green Party councilor.

This statement was added by David Francis, their team, or by a Democracy Club volunteer, based on information published by the candidate elsewhere.