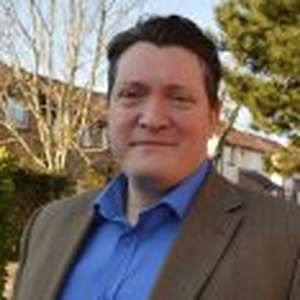 Daniel Smith was the Labour Party candidate in Forton in the Gosport local election. Our volunteers have been adding information on Daniel Smith - here's everything we know so far!

How long must you live in a town before you think of it as home?

I settled in Gosport almost 20 years ago when there was still a cinema in the high street, parking was free and the police station had police officers in it.

I remember the excitement our side of the harbour during the 200th anniversary of Trafalgar in 2005 and the buzz of the Gosport market on Saturday mornings which filled the high-street. Iremember congratulating a friend on successfully interviewing for an IT role at Haslar.

Much has changed since then and it occurs to me that I’m not raising my daughter in the same town that I moved to in 1999.

I have always worked outside of Gosport, which has meant a daily commute alongside many of my fellow residents. Unwillingly we are contributing to some of the highest pollution levels in the country but the lack of affordable, accessible public transport means there is little alternative. Working in Gosport would be ideal but there are not the real job opportunities for people locally, in fact employment levels are dropping, this must change.

The national issues facing the NHS, housing and education are felt greatly in Gosport. The rightto free healthcare, decent quality housing and high quality education for all are what Labour has
always stood for and the pressure on QA Hospital, homelessness and funding for local schools shows there have not been changes for the better in recent years. These are genuine issues that could face any of us at any time – and are sadly no longer guaranteed the way things are.

Our historic town is on the brink of being lost to history.

The Good news is that there is hope; Community Cinemas, local business giving back to those in need and a blank slate for us to make Gosport as much a part of the future as it has played in
the nation’s past.

I want Gosport to move forward and set an example to its neighbours, and for every resident to be able to contribute and share in that success.

My wish is for everyone to understand the power that voting for their local councillor gives them. Gosport is more than a local economy, an investment, a budget; Gosport is home.

This statement was added by Daniel Smith, their team, or by a Democracy Club volunteer, based on information published by the candidate elsewhere.

If you can add information that should be on this page - such as Daniel Smith's CV, homepage, twitter account - please use our crowdsourcing website to add it.