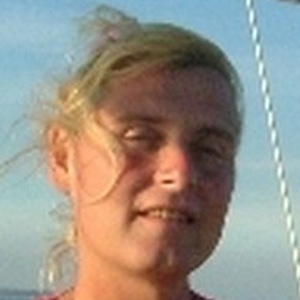 Our manifesto pledges are:

1. Fight to Stop Brexit and support our local EU Citizens

Vote Liberal Democrat in May to send a message to the Conservative Government and Labour's non-opposition, that Chiswick residents don't support a hard Tory Brexit. The Liberal Democrats are the only national party campaigning for an #ExitfromBrexit with a referendum on the final Brexit deal, giving us the option to stop Brexit and remain in the EU.

Vote Liberal Democrat to show you support the EU nationals who live and work here. Liberal Democrats back our EU citizens' right to stay, work, love and build a future in the UK. The Conservatives have used them as bargaining chips.

We will campaign for a proper, specialised council support service to help EU citizens to understand their rights and navigate the purposely difficult UK Citizenship application process.

Liberal Democrats have a plan to make Hounslow a healthier place for all. We will:

Get the A4 through Hounslow included in the Ultra Low Emission zone, reducing pollution and improving the health of Hounslow residents. See our campaign here.
Install a green barrier on the A4 to reduce car pollution impact for the residents and schools near the A4.
Implement traffic light synchronisation to reduce stop / start traffic on the High Road (the biggest impact on pollution levels) and look at reducing the speed limit.
As councillors we will take advantage of existing funds for green spaces (like Green Capital) and embrace green initiatives like the All London Green Grid and TfL best practice to make the case for these improvements. Hounslow Council has failed to address the increasing amount of harmful pollution from the A4. We therefore promise to produce transparent indexes based on TfL's own Healthy Street Indicators to hold the Council and TfL to account.

Together with Caroline Pidgeon, our Liberal Democrat in the GLA, we will continue to pressure TfL to make the Piccadilly Line stop at Turnham Green.

The Labour Mayor of London is cutting bus services everywhere. Liberal Democrats will fight any proposed cuts to essential bus services in Chiswick.

Liberal Democrats for Cyclists and Pedestrians

We support better facilities for both cyclists and pedestrians, and will work to ensure the CS9 cyclesuperhighway improves access and facilities for everyone in Chiswick - pedestrians, users of public transport, and cyclists. Read more about our assessment criteria for CS9 here.

We support the protection of Hounslow green spaces and parks, which are an essential part of what makes Hounslow such an enjoyable place to live and work. As councillors we will work with local groups to improve accessibility and park facilities in Hounslow.
Vote Liberal Democrat for a fair, open and tolerant society and better local government.

This statement was added by Marcelle Michelle Georgina Maria von Wendland, their team, or by a Democracy Club volunteer, based on information published by the candidate elsewhere.

Marcelle von Wendland is a British entrepreneur, executive, published author and expert in the area of risk and financial instruments as well as semantic data models and data utilities. She is known for her pioneering work on a semantic data model for financial instruments that allows facilitates industry wide data utilities such as the European Central Bank Central Securities Database. The approach known as The Building Block Approach is used by the ECB CSDB and covered in the book Pricing, Risk, and Performance Measurement in Practice co-authored by Marcelle von Wendland and ECB Senior Economist Wolfgang Schwerdt. Marcelle is also known for her amateur yacht racing.

If you can add information that should be on this page - such as Marcelle Michelle Georgina Maria von Wendland's CV - please use our crowdsourcing website to add it.