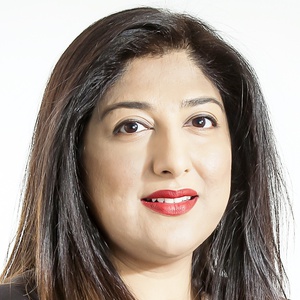 Aliya Afzal Khan was the Conservative and Unionist Party candidate in Fulham Broadway in the Hammersmith and Fulham local election . They got 628 votes. Our volunteers have been adding information on Aliya Afzal Khan - here's everything we know so far!

We don't know Aliya Afzal Khan's email address. Can you add it?

As your local Fulham Candidate for the Fulham Broadway By-Election on September 19th, I want to make sure that your voice is heard and your concerns are addressed by the Hammersmith & Fulham Council.

I made London my home in 2008 after moving from New York and love it’s diversity, it’s multicultural communities, the history, art and education that it offers. l am a Software engineer and a business consultant. I have previously worked in Hospital and Hotel Management and taught at secondary and university level. I continue to work now in the charity sector and serving the community. I also studied Art at Columbia University New York and Heythrop College in Kensington. I now work in the Charity sector and as an artist. I am a dedicated mother of two and understand the concerns of parents who have chosen this borough to raise their families. This is a fantastic borough in which to raise a family but Labour is letting its residents down. That is why I want to represent you in the council and fight for the issues you care about.

I sympathise with the residents’ disappointment in the 84% Increase in Crime, Negligence in maintaining Hammersmith Bridge which has caused its closure and pushed traffic and pollution into Fulham’s residential streets, increased Council Taxes, District Line Delays and frustration with the Parking situation caused by Labour incompetence. Locally and Nationally, the Conservatives are honouring the biggest Democratic Referendum of 2016, working towards moving forward and making Britain great, while Labour are wasting resources, playing politics and delay tactics and want to take the country back into the past.

Labour are making a mess of this borough! It is time to send them a message so please VOTE CONSERVATIVE and elect me as your Councillor for Fulham Broadway on Thursday September 19th.I will hold them to account and work hard on providing you excellence in service that you deserve as residents of H&F.

On September 19th, Vote for me, Aliya Afzal Khan, someone who cares about your Safety, Excellence in services and taking pride in where you live !

This statement was added by Aliya Afzal Khan, their team, or by a Democracy Club volunteer, based on information published by the candidate elsewhere.

If you can add information that should be on this page - such as Aliya Afzal Khan's CV, email, homepage - please use our crowdsourcing website to add it.