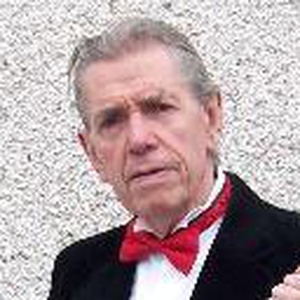 Chris Foote-Wood was the Liberal Democrats candidate in the constituency of Middlesbrough South and East Cleveland in the 2017 General Election. Our volunteers have been adding information on Chris Foote-Wood - here's everything we know so far!

I have a strong commitment to the area and know it well. I have lived and worked in Middlesbrough - I’m a Boro supporter - and as a civil engineer I helped build the new A19 across Teesside in the 1970s. Since then I have mainly worked as a journalist and broadcaster, including many years as a freelance reporter with the Evening Gazette and Radio Tees.

I was Leader of Wear Valley Council for six years, represented the North East on the EU Committee of the Regions, was Vice Chair of the North East Assembly, and held other senior positions at regional and national level.

I’m a former marathon runner and triathlete and ran the Great North Run 25 times. I now keep fit by walking, cycling, swimming and gym. I still work full time as a writer with 19 books published, a lecturer and actor with my one-man show, and as a Civil Celebrant conducting non-religious weddings and funerals.

I am strongly opposed to MPs having other jobs. If elected, I will give up all my other work to be full-time MP. I will hold local surgeries and visit every part of the constituency regularly.

This statement was added by Chris Foote-Wood, their team, or by a Democracy Club volunteer, based on information published by the candidate elsewhere.

Chris Foote Wood is an English politician and author. He is the brother of the late comedian and actress Victoria Wood.

If you can add information that should be on this page - such as Chris Foote-Wood's CV - please use our crowdsourcing website to add it.

If you've received election leaflets from Chris Foote-Wood, please take a photo of them and upload them to ElectionLeaflets.org