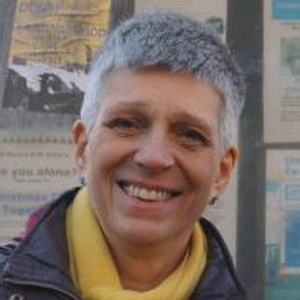 Izzy Knowles was the Liberal Democrats candidate in Birmingham, Hall Green in the UK Parliament elections. Our volunteers have been adding information on Izzy Knowles - here's everything we know so far!

Hi, I'm Izzy Knowles:
I am incredibly proud and honoured to be standing for Parliament as your REMAIN candidate in Birmingham Hall Green.
This election is an opportunity to show the residents of Moseley, Kings Heath, Balsall Heath, Sparkbrook, Sparkhill & Hall Green that they can have a credible, positive, visible hard working MP who is local and who knows and cares for all of the community.
As your MP in Hall Green I will:
*Continue to campaign relentlessly to Stop Brexit
*Fight for our environment by preventing waste, expanding renewable energy and cutting air pollution.
*Make our neighbourhoods safer places to live by tackling crime, holding our police to account, supporting the vulnerable and homeless and working closely with community and business groups.
*Campaign for proper funding for health services, especially mental health and social care, for schools and for youth services.

I moved to Birmingham to work in a children’s home in Acocks Green in the 70’s but later I joined West Midlands Police, working on response, criminal justice, custody and with the best part of my career being as a Neighbourhood Sergeant. After retirement I worked as an outreach worker with homeless and vulnerable people in Moseley.

I have been described as a community activist. But I get involved because it is what I like to do. If I see a problem I want to learn what the issues are and be part of the solution. As a result I am an active volunteer in a number of different organisations, these include the district Housing Liaison Board which seeks to include tenants and stakeholders in partnership with city housing officers as well as holding them to account. I am a member of the Birmingham East Police IAG, which acts as liaison between local police senior management and the community. I run Moseley Litter Busters, a group of volunteers who help to enhance and support a pride in our neighbourhoods . We have forged positive links with the council and with businesses whilst being a thorn in their side to demand action in the areas they are failing. We are an expanding network with new groups and volunteers spreading across the constituency. I run Moseley Farmers Market which has done much to boost the economy and the profile of Moseley as a destination and I help manage two Alternative Giving Campaigns which provide help and support to homeless and vulnerable people in our community.

I have lived in the Hall Green constituency for over 40 years, in Hall Green Moseley, Kings Heath and even at Edward Rd Police Station in Balsall Heath.

What got me into politics: Well even two years ago I didn’t expect to be here, standing to be an MP.
I passionately believe that as a country we are safer, stronger and better off inside the EU, working hand in hand with our friends and neighbours, with the deal we already have. The more I have learned about Brexit the more I am convinced it is not about in or out anymore, it is about us as a country and a small group of fanatics who have an agenda but no plan. They see the way to create their own vision of a low tax, low regulation Britain is to break up the UK we know and love, to ride roughshod over the rights & freedoms and partnerships we have strived for years to gain, and to cause chaos and unrest from which they can profit with the damage caused to ordinary people’s lives and jobs written off as collateral damage.

And what did our MP do about this? Nothing. He voted and campaigned to leave the EU, and despite a few words and some votes in the right places designed to placate he has done nothing to even try to understand what the majority of us feel, our concerns and worries and our desire for unity and peace.

He takes no interest in his constituency except where it will win him votes, he took sides with people who are actively promoting hate against a minority group and did not even bother to try to understand the full issues of what is going on or acknowledge the worries of the people who feel their hard won rights are being undermined and put at risk. I could not sit by and let him take the votes of his constituents for granted as he has done in the last two elections.

Brexit is not the only reason I have stuck my head up. Brexit is sucking the life blood out of our country, and as a result we are being failed on so many different fronts. We now have a Prime Minister who is pushing a harsh, selfish and uncaring agenda to appease the hardliners his party has attracted, a small minority of the country as a whole. I know that we are better than that. I know it is time to fight back.

Having lived, worked and volunteered in the area for most of my life I feel I am in a good place to understand and tackle the very many issues that matter to people, such as local policing, crime, fly tipping, pollution, poor levels of recycling and dirty streets, and to take on injustices that prevent people succeeding in life such as the housing crisis, lack of funding for schools, inequality, prejudice and racism.

Our strength in Hall Green is our diversity and our community spirit and pride. The people of Hall Green deserve to be listened to, not the many, not the few, but everyone. As your MP I will be highly visible, hands on, local, accountable and contactable and when someone needs help or advice I will be there for them because it doesn’t matter who they are, or what their politics are, everyone matters and we can always find common ground.

One thing I know is that I don’t know everything. I’m not someone who doesn’t believe in experts. I am willing to listen, to research, to call on and learn from the many people both locally and beyond who are expert, whether it is in business, public services, education, health or on the ground community activism, and I would harness that knowledge and guidance and community power to champion Hall Green and our fabulous city, to work as a team to bring investment and improvements, to tackle the inequalities and injustices and to get things done.

I believe that everyone, no matter their background or starting point in life should be enabled to achieve. Our city is bursting with talent but our society holds it back. I want to see social mobility enabled through economic growth and educational opportunities tailored for all young people. I am suspicious of over powerful corporations, unions and bureaucracies. I recognise that challenges like climate change and the fourth industrial revolution require new and international solutions, rather than backward and inward looking politics.

I very much hope I will be given the chance to use my enthusiasm, my dedication, my skills and experience as the first Liberal Democrat MP for Birmingham Hall Green.

This statement was added by Izzy Knowles, their team, or by a Democracy Club volunteer, based on information published by the candidate elsewhere.