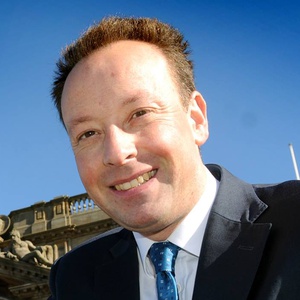 Robert Oliver was the Conservative and Unionist Party candidate in Sunderland Central in the 2017 General Election. Our volunteers have been adding information on Robert Oliver - here's everything we know so far!

At this general election there is a clear choice between Theresa May or Jeremy Corbyn as prime minister to take the country through Brexit and provide the strong leadership needed to keep our economy growing and our public services properly funded.

Brexit must mean Brexit, but the Labour Party is not settled on withdrawal from the EU and the Liberal Democrats are leaving the door open to staying in, endangering our negotiating position and ignoring the will of the people, which must be respected.

None of Sunderland’s Members of Parliament have ever supported Jeremy Corbyn as leader of the Labour Party, but a vote for Labour will put him into Downing Street; a Marxist-inspired economist at the Treasury and Diane Abbott at the Home Office.

The local Labour Party dwells in the past, but says little about the achievements of the city since 2010, during which time investment has topped £1.5billion with major projects such as the New Wear Bridge and the Vaux site now under way.

Under Conservative governments, unemployment in the North East has fallen to a 42-year low and in the Sunderland Central constituency the number of people claiming out-of-work benefits is down by a half, helping local people off benefits and into work.

The UK is the second-fastest growing economy of any advanced nation, which is essential to provide the funding for our schools and hospitals and is put into peril by the high tax and high spending policies of the Labour Party.

Only a Conservative government led by Theresa May will continue to support the economic regeneration of our city; provide strong leadership through Brexit and ensure the economy grows so our schools and hospitals can get the funding they need.

This statement was added by Robert Oliver, their team, or by a Democracy Club volunteer, based on information published by the candidate elsewhere.

If you can add information that should be on this page - such as Robert Oliver's CV, homepage - please use our crowdsourcing website to add it.