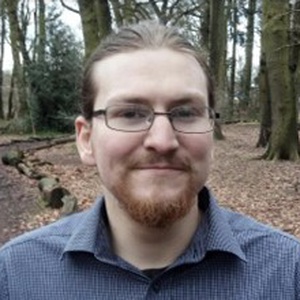 Ben Auton was the Green Party candidate in Sutton Coldfield in the UK Parliament elections . They got 2,031 votes. Our volunteers have been adding information on Ben Auton - here's everything we know so far!

Ben is an environmental activist and campaigner in Sutton Coldfield. For over a decade now he has fought to protect people and nature alike from pollution and climate change. He has spoken out on many issues including the illegal acts of the immigration and asylum system. He says it is an honour to stand for Parliament and stand for real change.

Currently he works as a contractor in the construction sector advising organisations on sustainability and renewable engineering. He has two degrees in environmental science and specialises in pollution toxicology. He has been bringing this experience to the Sutton Coldfield Town Centre Redevelopment and the Langley city expansion by campaigning on sustainability and renewable energy to make housing affordable and tackling fuel poverty.

The Green Party’s vision for change is for a fairer, more just society, one where all people are treated with dignity and Britain no longer accepts poverty on our streets. There were 12,000 people reported homeless in Birmingham last year and every one of them is a visible sign of our economy and government’s structural failure.
believe in a radical change to put people and planet first instead of shareholders and GDP figures. I will campaign to reverse the political cuts to vital public that have led so many to desperation and misery.

Ben has campaigned hard for a new vision of Britain in the EU. Democracy did not end in 2016 and the we are still stuck with the problems of a very binary choice. Another referendum should be called to give people a positive voice on how or if Brexit happens. A preferential multiple choice vote would allow the public to truly express itself instead for forming two opposing tribes and tell the government what our future should be instead of watching politicians them decide for them (endlessly) in the corridors of Westminster and Brussels.

A vote for the Green party is a vote to stop the climate chaos. The Greens are the only party championing the radical change that can halt a warming planet. Our individual responsibility to one another is integral to putting the planet and peoples lives first. In 2019 thousands of schools children around the world went on strike to stand up for their planet. It doesn’t take an environmental scientist to see that Climate Change is not an abstract problem but one that is visible today on our streets suffereing the warmest, wettest and wildest weather on record. If we want to save the UK from rising sea levels and violent weather, the Green Party is the rational choice.

This statement was added by Ben Auton, their team, or by a Democracy Club volunteer, based on information published by the candidate elsewhere.