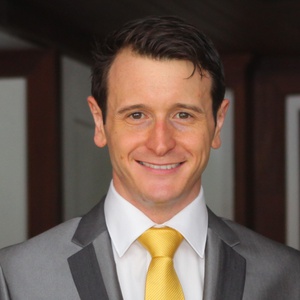 Richard Shiel was the Liberal Democrats candidate in Shooters Hill in the Greenwich local election. Our volunteers have been adding information on Richard Shiel - here's everything we know so far!

Hello - my name is Richard Shiel and I am standing for the Lib Dems in the Shooters Hill ward.

I was born in Farnborough hospital and have lived in South London my entire life (asides from 3 years at university). I have lived in the ward for just over 4 years, and I am proud to live in such a diverse and tolerant part of London.

Whilst I have always been interested in politics, it was the EU referendum of 2016 that really made me decide to get involved. I believe the process was terribly run: an unclear question asked amid a fog of lies, misinformation and electoral fraud. I believe that the Leave side ran a disingenuous campaign - blaming the EU for all our country's problems, and acting like leaving would usher in a golden age of prosperity. People trusted their senior politicians and voted in good faith - only to discover that leaving the EU represents a series of trade-offs and difficult decisions.

I joined the Liberal Democrats because they have consistently fought to ensure that we do not take this seismic move without making an informed choice as a nation. These council elections represent the best way for people to make their choice known - a vote for the Lib Dems is a vote against the current version of Brexit.

If elected, I pledge to work tirelessly to improve the ward, and ensure that Shooters Hill is adequately represented within the Greenwich council.

Thank you for reading this, and make sure to cast your vote on 3rd of May.

This statement was added by Richard Shiel, their team, or by a Democracy Club volunteer, based on information published by the candidate elsewhere.