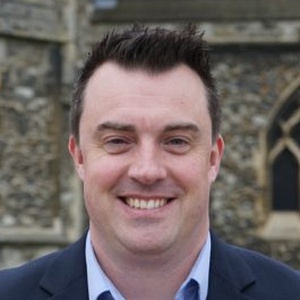 Thomas Clarke is the Liberal Democrats candidate in Havering and Redbridge in the London Assembly elections (Constituencies). Our volunteers have been adding information on Thomas Clarke - here's everything we know so far!

I was born, grew up and have lived in Hornchurch my entire life. I already try to play a big part in the community helping to run Harold Wood Cricket Club where I am chairman and also coach the club’s academy. I became a member of the Liberal Democrats following the EU Referendum of June 2016 and am keen to take aggression out of politics so that the issues that impact people’s lives can be properly discussed.

Our message is clear: a Liberal Democrat government would Revoke Article 50. We have been the loudest, proudest voice for Remain over the past three and a half years and that will continue over the election campaign.

The two Conservative MPs in the borough have, along with two Prime Ministers, incompetently tried to deliver Brexit – threatening our country’s future prosperity.

While Jeremy Corbyn’s Labour Party has failed to take up any clear position on the most important political issue of our time – and indeed now facilitated Tory Brexit attempts.

We need to win this argument and win this election so we can cancel Brexit and get on with dealing with the real issues of today: the climate crisis, the strain on our NHS, the rise of knife crime and our education system being pushed to breaking point.

This statement was added by Thomas Clarke, their team, or by a Democracy Club volunteer, based on information published by the candidate elsewhere.

If you can add information that should be on this page - such as Thomas Clarke's CV, homepage - please use our crowdsourcing website to add it.