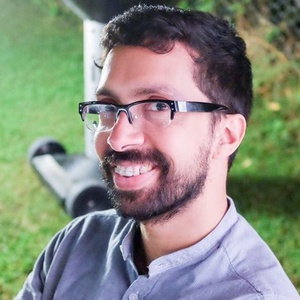 We don't know Ramesh Prasenajith Perera-Delcourt's email address. Can you add it?

Why have I got involved in politics?
It’s important for me to put Brexit on the table to begin with because it’s what got me into politics, and when you’re voting for a candidate, you’re voting as much for a person (and their beliefs, experience and abilities) as for a Party.As a half Sri Lankan half Belgian born and raised here, I was always proud to be British. I, like 2/3 of people in my Ward, was devastated by the result on Friday 24 June 2016 because it threatens those British values of openness, tolerance and unity. As a Clinical Psychologist who has worked in the NHS for 10 years, I have dedicated my life to alleviating suffering. I can see the suffering Brexit will cause, and also the suffering from which it springs. I decided that I needed to work within the system both to stop Brexit, but also to address the underlying social inequalities that had led to it.

Brexit and Social Inequality
2,050 non-British EU citizens (at the last census) live in Woolwich Riverside. They are our friends, neighbours and in some cases family. This national issue is a local one that threatens our community (some of my neighbours have already left because of Brexit),our public services (nationally, almost 4000 EU nurses left last year),and the money available to invest in our area (given the damage Brexit is likely to do to the economy).

And whichever way you voted in the EU Referendum, it shows that we are living in an increasingly divided and unequal society. We can see that reflected in Woolwich Riverside, where one side of Plumstead Road (the Royal Arsenal) is being over-developed, and the other side (Woolwich town centre) is being neglected. I think that’s wrong; and have realised that the way to do something about it is to get out of my clinic room and into politics.

This is reflected in my 3 priorities for Woolwich Riverside: Housing, the Environment, and Community.

Priority #1: Housing
We all know that housing in London is increasingly becoming unaffordable, and that long-term residents of areas are being priced out as areas developed. I don’t want that to happen to Woolwich. Progress doesn’t have to mean people being left behind, and certainly should not mean people losing the opportunity to have a home in the area that has always been home to them. That is why my first priority, if elected, would be to ensure that Greenwich Council at the very least sticks to the Mayor of London’s target of 35% of new housing developments consisting of affordable housing. However, ‘affordable’ housing is rarely so, as it is set at 80% of the market rate. Therefore, I would also work to ensure that the Council builds more social housing, at which rent is 33-50% of market rate.If elected as Councillor, I would work to ensure that all new approved developments provided housing that our community really needs.

Priority #2: The Environment
If you’re sitting in Woolwich Riverside right now - Take a deep breath in. And let it out. And in. And out. Feels good, doesn’t it? Right now, that air is a “2” on the scale used to measure air quality (1 is the best). This means the air in our area is moderately clean and should not cause any health concerns except in exceptional weather conditions.I’d like it to stay that way. We all, every age, every walk of life, every political persuasion, need a good environment for us to be able to lead the healthiest and best lives we are able. As a psychologist, I know that big changes which people only need to think about once (such as changing to energy-saving light-bulbs) have a much bigger effect in the long-run than individual changes they need to repeatedly take responsibility for (such as asking people to remember to switch off lights every time they leave a room). I want the Council to be effective in its strategies for residents’ benefit, which is why my second priority if elected would be to focus its efforts on larger-scale changes: for example, ensuring local developments incorporate solar panels, bringing in low emission and clean bus zones (implemented in Central Greenwich but not elsewhere at the moment), and installing more electric car charging points. Outside of the Ward, I stand alongside other Liberal Democrats in opposing the polluting Silvertown Tunnel and Enderby Wharf. The people of Woolwich Riverside deserve to have clean air and energy.

Priority #3: Community
Because people is what it’s all about. I want the people of Woolwich Riverside to feel they have a positive sense of community. The Council can influence certain things which could preserve and develop this. My third priority, therefore, would be to ensure the Council uses its powers, and some joined-up thinking and investment, to make the whole of Woolwich a place people feel safe and want to be. This would include spending money on things like paving and lighting changes, to make it easier and safer to get around. Ensuring money spent from local developers goes towards amenities and infrastructure for the local area. And ensuring planning permissions are granted in a sensible and pro-active way to encourage positive development to address multiple issues. For example, Powis Street is dominated by what one resident recently termed to me as “hit and run shops”. With the right application of its budget, Greenwich Council could help make Woolwich a vibrant place people want to be again. This includes people from an ethnic minority background, as they can often be left behind by developments.My third priority would be to hire and work closely with a dedicated town centre manager for Woolwich (currently the work is shared amongst 3 people), and push for a Business Improvement District, to oversee and support all of this.

But money is going to be necessary for that. Which brings us back to...Brexit.Brexit, if pushed through, is likely to damage our economy and thus lead to further local authority cuts.This election is currently your last chance to send a message to both the Conservatives and Labour in Westminster if you’re unhappy about how they are handling it, by voting for the Party which is fighting for a second referendum on the facts of the final deal, with the option to Remain if the majority of the population realise that the current deal is the best we have, and can work to change the EU from within - the Liberal Democrats.

It’s also your chance, in this Ward, to vote for a Liberal Democrat councillor, who will use his people and organisational skills to pursue clear commitments to Housing, the Environment, and the Community. I am concerned about how disenfranchised many residents feel, how they feel unheard by their Council, and I would want to use my skills and experience to reverse this and empower them.

This statement was added by Ramesh Prasenajith Perera-Delcourt, their team, or by a Democracy Club volunteer, based on information published by the candidate elsewhere.