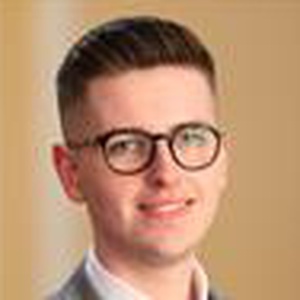 Since I was elected last year to represent Knotty Ash, I have worked extremely hard to meet the pledges I made to you.

Firstly, within 2 months of being elected, I met with all of our local primary and secondary schools to discuss pupils and families in hardship. From this, along with my Labour colleagues, we set up hardship funds in each of the schools that can be used for items of school uniform, sanitary products, breakfasts etc. This has proved extremely successful and if re-elected, I pledge to keep these school hardship funds in place.

I also spoke about crime and anti-social behaviour in my campaign last year. I have worked with local residents to set up Neighbourhood Watch schemes which are again proving to be successful. We have just had all of the watch scheme signs put up around those area. If re-elected, I will continue to work with other areas within Knotty Ash to set up schemes.

Last year, I spoke about our environment and the need to clean up our streets and parks. We have funded planters on Dovecot Parade and set up a Stakeholders group that we hope will drive improvements in the area of Dovecot. I have also took part in community action days in Dovecot Park and Springfield Park. I have been vocal on issues regarding the restoration of Springfield Park and have met with representatives from Alder Hey to ensure what we get back is what was promised many years ago. I am happy that, with a lot of community input from groups such as the Alder Hey action group, that we are now finally seeing progress on the park.

Not only am I determined to deliver locally, I have also been a strong voice in the Town Hall. I brought to the council a motion condemning the Tories cruel scrapping of Free School Meals which recieved widespread support. I also brought a motion to council in September of last year that sought to enhance the rights of the Trans community and show our support as a city for our LGBT community. I am proud that our city is a beacon of hope and inclusivity for so many people, including myself.

I am asking for your support to re-elect me as your local councillor becuase I believe I have so much more to give to our community and our city. I live locally and teach in local schools, I know the issues that we are facing and I will always stand up for what is right by our community.

This statement was added by Harry Philip John Doyle, their team, or by a Democracy Club volunteer, based on information published by the candidate elsewhere.