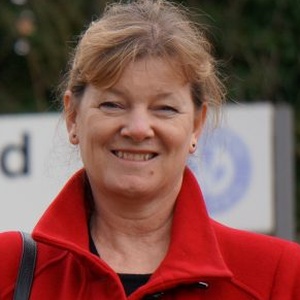 Jane Berney was the Labour Party candidate in the constituency of Saffron Walden in the 2017 General Election. Our volunteers have been adding information on Jane Berney - here's everything we know so far!

The party's candidate page for this person
http://labour4saffronwalden.org.uk
Email
labour4sw@gmail.com

“This region voted to leave the European Union and this election is a chance to transform a Britain outside of the EU, into a society that is inclusive, prosperous, fair and just. For the many, not just the few.
I will be campaigning locally on key issues that impact on local people.
Broomfield Hospital Accident & Emergency is facing relocation to Basildon under Conservative plans. Labour will invest in the NHS to maintain A&E in the constituency.
Schools in the Constituency are facing a funding crises and so parents are being forced to foot the bill, and class sizes increasing to unsustainable levels. Labour will invest in our Schools to ensure education is a priority, and scrap tuition fees.
Labour will act to prevent the local workforce wages being undercut, and invest in local housing for local people without changing the fabric of rural life. Our young people can’t get onto the Housing Ladder, as the Conservatives have failed to invest in Housing, and have reduced security in private accommodation.
Crime is going back up, and Theresa May slashed police numbers in Essex every year she was Home Secretary. Labour will restore Police Numbers. Crime fell every year under the last Labour Government.
The Conservatives are planning to remove the triple lock on pensions, and raise National Insurance, but Labour is pledged to maintain it, and if you earn under £80,000 a year you will not pay any more income tax or national insurance than you do now.”
As a regular commuter into London, I understand the frustrations of increasing rail fares, paying through the nose for standing room only carriages, while funding the profits of overseas nationalised train companies. That’s why I am passionate about bringing our trains back into public ownership which Labour will do. Why should German and French tax payers get a discount, paid for by British commuters?
I am proud to be standing as a Labour Candidate as I believe only Labour has the vision to take our country forward.
Labour will invest in the economy, Labour will invest in your children’s education, Labour will invest in providing health care, Labour will invest in housing, and transport. The Conservatives will isolate and hold back Britain, and turn us into a tax haven for the few, on the backs of the many.

This statement was added by Jane Berney, their team, or by a Democracy Club volunteer, based on information published by the candidate elsewhere.

If you can add information that should be on this page - such as Jane Berney's CV, homepage - please use our crowdsourcing website to add it.

If you've received election leaflets from Jane Berney, please take a photo of them and upload them to ElectionLeaflets.org