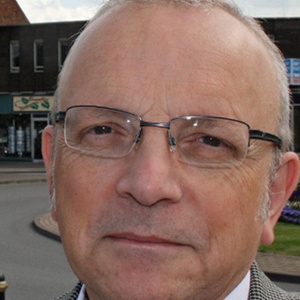 Richard Dickson was the Liberal Democrats candidate in Kenilworth and Southam in the UK Parliament elections. Our volunteers have been adding information on Richard Dickson - here's everything we know so far!

As a Liberal Democrat I believe passionately in reducing inequality, promoting democracy and free markets to give people more power, reducing the power of an overbearing state and in Britain fulfilling its international responsibilities on the global and European stages.

I’ve got experience across a variety of sectors and, if privileged to serve you as your MP in Westminster, I’ll always put you my constituents first, ahead of both my party and my own career ambitions.

I’m proud to have been a child of the 1960s. I was born in Warwickshire and, at least before being sent away to school by my parents, was educated in the county.

My political youth was shaped by the chaos caused by Red Robbo and the winter of discontent, the mouldbreaking Dimbleby lecture of 1979 and a yearning, as part of my faith, to be involved in social justice, freedom and peace.

My family was and still is actively involved in the local community. I came back to Warwickshire 23 years ago and I’ve also spent time working in various parts of the Midlands, the Home Counties and in London.

After working for 20 years in the business world, for the past 11 years I’ve worked in the not-for-profit sector, initially spending some time visiting overseas community projects in some of the most deprived and yet most inspiring parts of sub-saharan Africa and South East Asia.

Since 2010 I’ve been running a community foundation which has given me a deep understanding of the challenges facing both urban and rural communities especially given the huge scale of social change whether in welfare, social care, education, health, policing and probation.

I’ve also been Chairman of the Governors of a local Primary school, when we had to pick up the pieces after a very messy school merger, I’ve been a churchwarden during an interregnum, and active socially with the local Round Table and the Fairtrade group as well as a trustee of both a local international charity and an older people’s day centre whose business model has been successfully changed so that it can continue to operate free of any public sector funding.

I have three daughters each of whom I’m so proud of and each of whom has been brilliantly educated in local state schools.

There are also a few things that I tend these days to be a little less vocal about but which, since I’m asking you to vote for me as your MP, you need to be aware of. These include my ongoing struggles to complete the annual Two Castles Run in less than one hour and my love of the words and music of Leonard Cohen.

This statement was added by Richard Dickson, their team, or by a Democracy Club volunteer, based on information published by the candidate elsewhere.