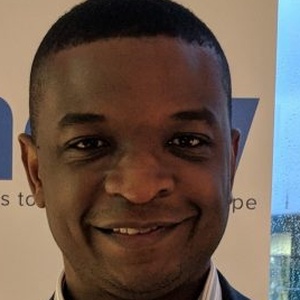 Ese Adjekughele was the Renew candidate in Plumstead in the Greenwich local election . They got 122 votes. Our volunteers have been adding information on Ese Adjekughele - here's everything we know so far!

LinkedIn
https://uk.linkedin.com/in/ese-adjekughele-2405b14
The party's candidate page for this person
https://www.renewparty.org.uk/ese_adjekughele
We don't know Ese Adjekughele's email address. Can you add it?

Ese Adjekughele was born in South London, but spent his formative years in Jos, Nigeria before returning to the UK to attend university at the University of Westminster. He has worked in various sectors from electricity and energy & gas, to the charity sector. He ran for Renew in the May 2018 local elections. In his free time, he enjoys running and playing tennis, reading books and travelling.

Why get active in politics now?

"I have always been a keen follower of politics and have had strong views about the direction this country and the world should go for the betterment of all. Having spent the last couple of years in political limbo as the two main political parties lurch to opposite extremes, it was a relief to come across the Renew Party.

"I, like most people in the country, am a centrist and I believe in people being able to have a conducive environment to thrive in business or their chosen vocations and to do well for themselves and their families. I believe that the most vulnerable in our society should be properly looked after, which I feel has been grossly lacking, especially since 2010.

"I had the honour of standing for councillor at the local elections in May 2018 and it was a great experience to get to know my ward on the intimate level. Walking from street to street and talking to people and listening to the views and concerns of a wide variety of residents was enlightening indeed. I think I made a positive impact from the excitement generated from people who learnt of the Renew party for the first time and showed an interest in a new centrist party. My hope is to build on this and to get more people on board to fight against the excesses that the two main parties are pulling the country into at the moment."

This statement was added by Ese Adjekughele, their team, or by a Democracy Club volunteer, based on information published by the candidate elsewhere.

If you can add information that should be on this page - such as Ese Adjekughele's CV, email, homepage - please use our crowdsourcing website to add it.