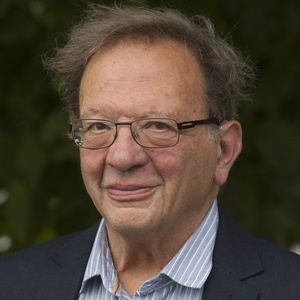 Larry Sanders was the Green Party candidate in South East in the European Parliament (UK) elections. Our volunteers have been adding information on Larry Sanders - here's everything we know so far!

I grew up Brooklyn, New York, with my brother Bernie Sanders, a
champion of progressive politics. We believe healthcare is a right for all
people. I am fighting to save the NHS, which is in crisis. As your MP I
demand that the top 1% pay their taxes. This is a rich country. We can
have good healthcare, education and housing. We can create hundreds
of thousands of worthwhile jobs in green energy and insulating all our
buildings. We can have a society that works for all its people.

This statement was added by Larry Sanders, their team, or by a Democracy Club volunteer, based on information published by the candidate elsewhere.

Lawrence Sanders is an American-born British academic, social worker, politician, and Health Spokesperson of the Green Party of England and Wales. He is the older brother of Bernie Sanders, United States Senator and twice U.S. presidential candidate.

Larry Sanders's local party is the Green Party of England and Wales.

You can meet candidates and question them at local hustings. Here are hustings where Larry Sanders may be appearing.

If you can add information that should be on this page - such as Larry Sanders's CV, homepage - please use our crowdsourcing website to add it.