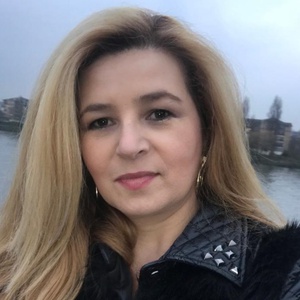 Lina Maria Usma was the Green Party candidate in North Walworth in the Southwark local election. Our volunteers have been adding information on Lina Maria Usma - here's everything we know so far!

We don't know Lina Maria Usma's email address. Can you add it?

Lina Usma, originally from Colombia, has been in the borough of Southwark for nearly 20 years. She is the director of Extra Media, a company based in Manor Place. Lina has been involved for many years with the local communities, as she was a Community Development Support Officer at CAS where she had the opportunity to be in touch with many local organisations. As a local tenant and a member of the Latin American Community, Lina is fighting to make sure that community businesses are protected and are not displaced. She is also a trustee in Su Mano Amiga, aiming to help victims of Domestic Violence in Southwark and Lambeth. She is keen to support any initiatives related to women, sustainability and community development as she knows women have so much to offer.

This statement was added by Lina Maria Usma, their team, or by a Democracy Club volunteer, based on information published by the candidate elsewhere.