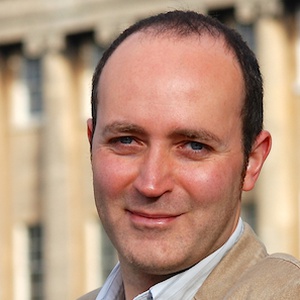 Dom Tristram was the Green Party candidate in Odd Down in the Bath and North East Somerset local election. Our volunteers have been adding information on Dom Tristram - here's everything we know so far!

I have lived in Odd Down, Bath for nineteen years. In that time I have taken a keen interest in the community, running a public collection point for hard to recycle items from my home, and being elected as one of the first public governors for the city of Bath at the local hospital (the RUH).

I stood as a councillor in Odd Down in 2011 and 2019 and was the candidate for Bath in the general election in 2015, achieving a record share of the vote.

I have appeared on the television and radio talking about politics and political issues many times, as well as being a member of dozens of panels and speaking at over thirty hustings events. Outside election debates I have taken part in debates and events including for the 'Stronger In' campaign, against nuclear weapons, and against NHS privatisation. I am a trustee and treasurer for a charity helping autistic children.

I have two children at a local primary school. I work in the technology sector and specialise in public services, having worked for NHS organisations, The Environment Agency, fire and security services, and the Home Office. My partner works for the NHS.

This statement was added by Dom Tristram, their team, or by a Democracy Club volunteer, based on information published by the candidate elsewhere.

You can meet candidates and question them at local hustings. Here are hustings where Dom Tristram may be appearing.

If you can add information that should be on this page - such as Dom Tristram's CV - please use our crowdsourcing website to add it.