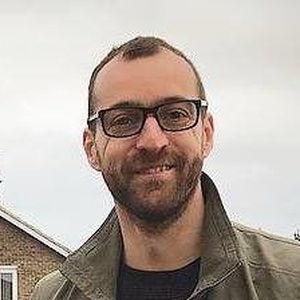 Dan Kettlewell was the Labour Party candidate in Fishergate in the York local election. Our volunteers have been adding information on Dan Kettlewell - here's everything we know so far!

The party's candidate page for this person
https://www.yorklabour.org.uk/dan-kettlewell-candidate-for-fishergate/
We don't know Dan Kettlewell's email address. Can you add it?

"Dan was brought upon the east coast before moving to York in 2000 to study at York St John where he studied a degree in Tourism Management. Since leaving University he took many jobs in retail, hospitality, third sector and temping before training as a Probation Officer. He now works at York College as lead safeguarding officer. Dan has been with his wife for seven years and they live without children in their recently-bought first house in Tang Hall.

Having been a socialist for as long as he can remember Dan joined the party in 2015 after the election of Jeremy Corbyn as leader, believing that the Labour Party would return to its roots as a left-wing socialist democratic party. Following this shift Dan helped out with various activities – leafleting and door-knocking for local and general elections before taking the plunge and undertaking the candidate training course.

Dan is also a Trade Union Rep for Unison representing colleagues in difficult situations and campaigning for fair pay, including the national living wage. Recently Dan volunteered to help out with York Neighbours, supporting older people with everyday tasks to help them stay independent.

“I decided to run for council because I believe there needs to be increase in representation that brings the struggles and aspirations of everyday people to the forefront of council decision-making. York isn’t working for everybody – the cost of living, low wages, vital council services being cut, a serious housing shortage and a declining transport network, all under the watch of national and local Lib Dem/Tory decisions.

“My experience of representing, listening and building relationships will ensure that resident’s voices are heard. My commitment to the principles of socialism means that everything I do will have equality and social justice at its core.Ideally if I could positively affect one thing in York it would be the increased development of truly affordable housing for both rent and purchase.”

This statement was added by Dan Kettlewell, their team, or by a Democracy Club volunteer, based on information published by the candidate elsewhere.

You can meet candidates and question them at local hustings. Here are hustings where Dan Kettlewell may be appearing.

If you can add information that should be on this page - such as Dan Kettlewell's CV, email, homepage, twitter account - please use our crowdsourcing website to add it.