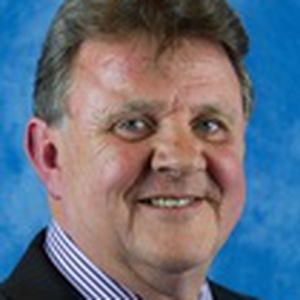 Paul Bullen was an independent candidate in Alconbury in the Huntingdonshire local election. Our volunteers have been adding information on Paul Bullen - here's everything we know so far!

Paul is married with three grown up children and has lived in Cambridgeshire since 1994. He retired in 1995, after 20 years service, from the Royal Air Force having served as a commissioned officer. He now runs his own Cambridgeshire based company which operates nationally and internationally within the private marine sector.

Until recently, he also sat on the Huntingdon bench as a Justice of the Peace and in the Family Proceedings Court. He was Group Leader on Cambridgeshire County Council from 2013 until 2017.

I truly believe that the old political parties have let us down both nationally and locally and that the Brexit Party is now the only viable alternative. The majority want Brexit but none of the old political parties will deliver a clean break Brexit; indeed, they've had over 3 1/2 years to deliver on their election promises and have failed to do so.
The deal negotiated by Boris Johnson is no deal at all, it's a surrender document that keeps us under the jurisdiction of the EU, prevents us from doing trade deals elsewhere and annexes Northern Ireland. We need to take back control of our borders, our laws, our fisheries and our judicial system.

The Human Rights Act (in its current form) is a travesty of justice which gives totally unwarranted rights to criminals but does nothing to protect either the public or the victims of crime. Police officers should not constantly patrol in cars nor be burdened with unnecessary paperwork. I want citizens to be confident of a police presence on our streets 24 hours a day, 7 days a week, maintaining a zero tolerance policy on crime. We should feel safe at all times of the day and night, and be able to go out whenever and wherever we want without fear of any kind.

As a citizen I want to stop and repel the constant barrage of EU interference in both local government and our parliament. I am also outraged by the submissive acceptance by successive governments of EU directives which are gradually eroding enterprise in this country, be it heavy industry, farming, financial trading, commercial fishing or local businesses. I am incensed by the number of EU citizens who come to our country and commit crime. Under EU law, we cannot deport them; we must feed them, clothe them, house them and pay them benefits. This is, in my opinion, wrong. If a foreign national commits a crime in our country then we should be able to send them home and forbid them from ever re-entering the UK.

I believe in democracy. Government is elected by the will of the people, is paid by them and should rule according to their wishes. Major issues justify national and local referendums, the results of which should be recognised by government and acted upon. I am the prospective parliamentary candidate for NE Cambridgeshire and, if elected, I will vote in accordance with the wishes of those who elected me regardless of my own personal opinion. Our elected politicians are there to do as the public want, they are not there to tell us what, in their opinion is best for us.

I will put Fenland first.

This statement was added by Paul Bullen, their team, or by a Democracy Club volunteer, based on information published by the candidate elsewhere.

If you can add information that should be on this page - such as Paul Bullen's CV, homepage, twitter account - please use our crowdsourcing website to add it.