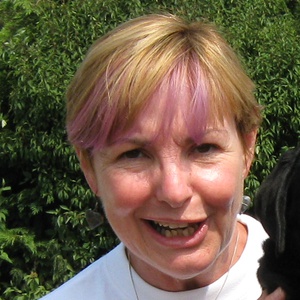 Kathy Stone was the Conservative and Unionist Party candidate in Kempston North in the Bedford Borough Council . They got 423 votes. Our volunteers have been adding information on Kathy Stone - here's everything we know so far!

I was delighted to become a Bedford Borough Candidate, for Kempston North, in May 2018. Having lived in the ward for over 30 years, a dog owner and dog home-boarder, I am constantly walking the ward. My pet hates are irresponsible dog owners, who fail to pick up after their dog or discard their poo bags in the undergrowth and people who litter and/or flytip.

Over the last 3 years, I daily pick up litter, dog faeces and discarded dog bags, along the river between Kempston Mill and The Slipe, Bedford. Also on Hillgrounds Football Field. To encourage others be more responsible, I placed two community bins in these areas where the council declined to place them. I have nevertheless built up a good rapport with Bedford Borough Council, who collect our community litter on a weekly basis from Sanders Close, Kempston. I was also instrumental in getting the Council to provide Kingdom Officers to detect such offences in our area and deal with them appropriately.

Since becoming a candidate I have visited over 1588 households, at least twice, to establish concerns. Many of these concerns have not been addressed for many years under the current Labour regime. I have addressed many of these by simply using the Bedford Borough Council ‘Report It’ Website. I have reported over 76 incidents, including missing signs, bollards, pot holes, broken lights, overgrown trees, parking problems, missing barriers, rotten fencing, graffiti, missed rubbish collections and fly tipping within the Ward.

Park Before and After

Although Councillors were telling residents that there was no money available, I started a campaign to regenerate the childrens' play park, behind Ripon Close, Kempston, neglected for years. It was first brought to my attention by a resident in Downfield Way in June 2018. She highlighted the two metal gates to secure the area had been missing for over 10 months. The sand and bark were dirty, often covered in litter, dog mess and drug paraphernalia. Soon afterwards a wooden bench and swing were damaged by fire. As a mere candidate, without any ward funding, I worked with the Council's Environmental Team to organise a Community Clean-Up on Tuesday 27th November 2018. Together with 4 willing volunteers and myself, we weeded the majority of the park. I secured the replacement of the missing gates, a new metal bench and a new swing. You can image how annoyed volunteers felt when they received a Labour leaflet implying that they were responsible for all this work.

On Tuesday 19th March 2019 I organised a painting session at the park, painting bins, fencing and equipment with the support of other volunteers. My next session at the park will be on Thursday 4th April, when further painting and weeding in preparation for new bark and sand will be completed. I have also worked with Bedford Road Primary School to design artwork that could be used to further enhance the park. Bedford Borough Council Environmental Team have been asked to judge their designs.

After many months of working with the local community I have now identified all 36 garages within the years of neglect of the 2 garage blocks in Halsey Road. With the support of BPHA the eastern side of the road is no longer an eyesore. Although the western side needs further work to make safe, weed and remove litter I am working closely with owners, residents, interested parties and a management company to resolve the situation.

I am continuing to tidy up the service road at the rear of the shops in Bedford Road completing an initial litter pick on Saturday 2nd February 2019. All graffiti has been removed. The 8 business owners and/or tenants have been contacted to examine their areas and where appropriate clean their drains to relieve the regular flooding that makes work particularly difficult for the charity shop volunteers who have to use wellies to access the rear of their shops and storage garages. The flooding issue near the library was reported to Highways many month's ago and is on their list for major work.

The Grange in the heart of Addison Howard Park is currently being worked on following subsidence. Several tenants have been re-housed. I am striving to keep you informed as to what is going to happen to this historically important building. Thanks to the involvement of a resident the old tennis court facility in the park has seen a fantastic facelift. It also has a very popular Basket Ball on the same site. Unfortunately the facilities can only be used during daylight hours. In the current climate of knife crime, I am trying to persuade the authorities to find funding for floodlighting to encourage youths to use the facilities in the evenings.

I have worked with CMAT, BILTT and Bedford Department of Education to keep you informed of the progress of the proposed 200 pupil special needs school at the old Robert Bruce Site in Hillgrounds Road. Although money is available to build the school, demolition of the existing school and other associated costs have yet to be ascertained before such monies can be released. As such a third of the site, at the Bedford Road end, may be developed as housing to ensure sufficient monies for the school and planned respite facilities of the rest of the site.

Residents have highlighted the excessive speed of traffic in Hillgrounds Road and continuous inconsiderate parking outside the local school and during various sporting and religious events near the park. These issues are being addressed and eventually Average Speed Cameras are coming to Hillgrounds Road.

I want residents to be aware that every quarter Beds Police host a Community Safety Forum. This is open to ALL residents and is normally held at Kempston Town Hall. Here Police listen to your concerns, give you crime figures and set policing priorities for the next quarter. If you want to attend the next meeting please contact me.

As you can see I achieved a lot in the last 10 months. However think how much more I could achieve if I received Ward funding!

This statement was added by Kathy Stone, their team, or by a Democracy Club volunteer, based on information published by the candidate elsewhere.

Kathy Stone's local party is the Bedford and Kempston Conservatives.

If you can add information that should be on this page - such as Kathy Stone's CV, email, homepage, twitter account - please use our crowdsourcing website to add it.

If you've received election leaflets from Kathy Stone, please take a photo of them and upload them to ElectionLeaflets.org