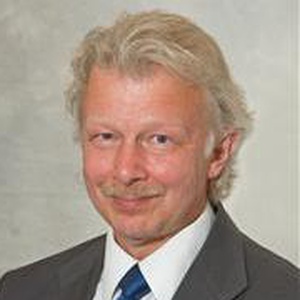 Bruce Tennent was the Liberal Democrats candidate in West End North in the Eastleigh local election. They were elected with 975 votes. Our volunteers have been adding information on Bruce Tennent - here's everything we know so far!

The son of a Royal Marine, Bruce was widely travelled in his formative years. As a consequence, he studied at ten schools before settling down to study at Eastney Modern for Boys, Portsmouth.

Bruce started his career at Portsmouth Dockyard as an apprentice Laboratory Mechanic. Four years later after leaving school without a single O level he had gained sufficient qualifications to go on to study at honours level an Electrical & Electronic Engineering Sandwich degree course at Portsmouth Polytechnic and from there worked in large scale manufacturing around the country, where his highlight was working in an aerospace & automotive factory in Paris with 1,200 French colleagues. Bruce's role at this facility was technical lead for the UK sales office for which learning to speak French was essential.

Years later his manufacturing career effectively came to an end when British American Tobacco closed its manufacturing facility in Southampton due to a change in government legislation. However by then Bruce had gained a merit pass in a Master of Business Administration postgraduate degree at the University of Southampton.

With his manufacturing career firmly behind him, Bruce turned his attention to politics, where in 2006 he became a Councillor at his first attempt in Eastleigh. By 2011, Bruce had gained another postgraduate degree, this time a merit pass in a Master of Public Administration at the University of Portsmouth and serves on four local councils including Hampshire County Council.

His most recent highlight was being invited by the Chinese government to give lectures on British democracy at several universities in southern China. He strongly supports education and manufacturing, and plans to use his influence to encourage Chinese students to study at British universities. To this end Bruce has enrolled on a Mandarin course at Southampton University.

This statement was added by Bruce Tennent, their team, or by a Democracy Club volunteer, based on information published by the candidate elsewhere.

If you can add information that should be on this page - such as Bruce Tennent's CV - please use our crowdsourcing website to add it.

If you've received election leaflets from Bruce Tennent, please take a photo of them and upload them to ElectionLeaflets.org