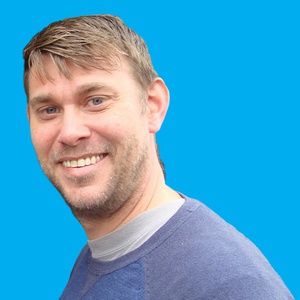 RICHARD POPE – A STRONG, EXPERIENCED VOICE FOR RESIDENTS IN BIXLEY
Richard is a teacher at a local high school, working with children with special educational needs and disabilities.
He has been a Bixley Councillor for a total of six years. During this time he has helped residents with parking issues; sorted out fly tipping; advised and represented individuals with planning issues; arranged to have trees trimmed and sorted out having pavements and potholes fixed.
Richard says: "I enjoy serving the people of Bixley ward and I hope that you trust me with your vote so that I may continue to serve you.
Richard is particularly keen to keep as many local services as possible in the area. He is concerned at the potential loss of more local banks and has written to Barclays to support the branch on the corner of Woodbridge Road and Rushmere Road being kept open.
YOUR PRIORITIES ARE MY PRIORITIES
PARKING ON GRASS VERGES
When out talking to residents, many comment on the poor state of verges due to parking. In Chilton Road your Conservative Councillors have supported a ban on verge parking, this has been very successful and the grass is now growing back. I would like to extend this scheme to other areas of the ward if it is supported by residents.
MORE TREES IN BIXLEY AND IPSWICH
I believe that as well as being good for the environment, trees also make an area look better and people feel happier. I have fought to get more trees planted in Ipswich. I took a motion to council which said the Council would plant more trees. If re-elected I want to get more trees planted around Bixley
TACKLING POTHOLES IN THE AREA
Your Conservative team in Bixley is working hard to get the roads in the ward improved. Work has been done in a number of places such as Ashdown Way and I am pleased to say that the surface on Winston Avenue (shown on the right) will be made good very soon.

This statement was added by Richard William John Pope, their team, or by a Democracy Club volunteer, based on information published by the candidate elsewhere.