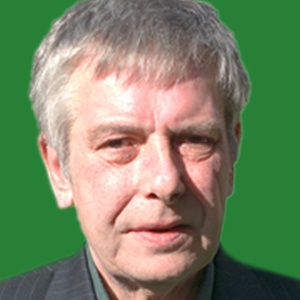 Alan Johnson was the Green Party candidate in Rumworth in the Bolton local election . They got 275 votes. Our volunteers have been adding information on Alan Johnson - here's everything we know so far!

Alan Johnson, your Green Party candidate for the Bolton South East constituency, has been a Party member for 14 years. He has wide-ranging life skills and experience acquired from working previously within manufacturing industry and subsequently within a social care setting.

He has devoted himself tirelessly to the pursuit of Green Party policies for a fairer and more sustainable society. He stood as a parliamentary candidate for the Bolton South East constituency in 2010 and 2015, and has been a local election candidate since 2004. He has contested the Rumworth ward in which he lives since 2011.

Alan is active in many local campaigns to protect the interests of the community and promote Green values, such as Bolton against the Cuts, Bolton against the Bedroom Tax, Save Bolton Health Services, and Bolton Against Fracking. He is an active trades unionist, and is a Unison delegate and Green Representative on Bolton Trades Council.

This statement was added by Alan Johnson, their team, or by a Democracy Club volunteer, based on information published by the candidate elsewhere.

If you can add information that should be on this page - such as Alan Johnson's CV, homepage - please use our crowdsourcing website to add it.

If you've received election leaflets from Alan Johnson, please take a photo of them and upload them to ElectionLeaflets.org