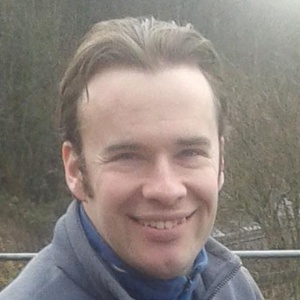 Bob Buxton was the Yorkshire Party candidate in Pudsey in the UK Parliament elections . They got 844 votes. Our volunteers have been adding information on Bob Buxton - here's everything we know so far!

I am standing in the General Elections for the Pudsey Constituency, which includes Aireborough & Horsforth, to give local people a louder voice. The Yorkshire Party is a moderate, centre-ground party, which believes in giving local people more power over the decisions which affect them.

A Yorkshire Assembly and our fair share of public spending can transform Yorkshire's infrastructure, economy, education, environment and transport, From 2012-17, £25Bn was spent on London's railways, compared to just £3.3Bn for railways in Yorkshire. With fair funding, we could invest in the Northern Powerhouse Railway, open new lines and station, replace pacers with better trains and reverse Beeching cuts.

Education is a similar story, with schools in London getting 50% funding per pupil than schools in Yorkshire. With equal funding we could cut class sizes and provide mental health care to under-stress teachers and pupils.

Below are my local priorities.

New Infrastructure with New Housing
Too many schemes have been forced upon us which local people do not want and cannot prevent: houses on greenspace without the supporting infrastructure, putting pressure on school places, GPs, dentists, parking and our heavily congested roads. More houses are in the pipeline but infrastructure is not.

Save the Greenbelt
The Labour-run city councils in Leeds & Bradford want vast swathes of greenbelt housing. Their plans include Tong and Fulneck Valley, Yeadon, Horsforth, Guiseley and the Ings fields, a floodplain between Guiseley and Menston. Even allotments in Guiseley and the Greenside Tunnel Cutting in Pudsey are being used up; our green spaces are their drawing board.

The Conservative Government could have intervened at any time (and the former coalition government could have written a better National Planning Policy Framework) but have chosen to do nothing; how can we stop Labour when they have a majority based all around Leeds (and no seats in Aireborough & Horsforth)?

Independent Local Councils
Leeds City Council have neglected transport, destroyed greenbelt & failed to build enough cheap homes & council houses. Let’s fight back. I propose we break up Leeds City Council into the smaller councils, including the urban district councils we used to have in Aireborough and Horsforth and the Municipal Borough Council in Pudsey. Smaller councils are accountable to local people; if they threaten your greenbelt, you can vote them out.

The Right Housing
There should be no greenbelt housing at all. Brownfield housing should be supported by new infrastructure. Leeds City Council has failed to include 94 brownfield sites rated as ‘suitable for housing’ in its Site Allocation Plan, enough for 25,000 homes – there’s no shortage of brownfield sites in Leeds.

We need starter homes to help young families get onto the housing ladder (and to help others who feel they've missed the boat), retirement homes and more council houses; the current proposals are weighted towards large, expensive houses. New homes should be green homes and must be accompanied by new schools, GPs, dentists and improved public transport.

I am in favour of a direct rail link to the airport with a park-and-ride, as proposed by local Yorkshire Party councillor Roland Gilmore, who has 40 years' experience in the rail industry. It would take 100s of cars off the road every day, reducing congestion and air pollution. I also want to save the park-and-ride scheme for New Pudsey station which is set to lose its £5m funding. Why should we lose £5m for a local project while Crossrail gets an extra £658, on top of the £17Bn it's already had?

New Pudsey also needs better bus services. Pedestrians from Pudsey & Farsley have a long walk through all weather & can feel unsafe after dark. Calverley, Tyersal, Hawksworth, Yeadon & Rawdon have no rail service at all. We need joined up thinking for joined up transport.

I oppose the airport road. It would serve only 5% of airport road traffic and lead to even more greenbelt housing, increasing congestion around Horsforth roundabout. If the city council seriously believes that motorists travelling from near Rawdon Crematorium to the city centre would chose to drive all the way out to the airport to catch a train (rather than use Kirkstall Forge), they clearly have no idea about local geography.

Use Your Vote
A vote for me is a vote which rejects Westminster's broken politics and calls for a new focus on Yorkshire. Yorkshire Deserves Better!

This statement was added by Bob Buxton, their team, or by a Democracy Club volunteer, based on information published by the candidate elsewhere.

You can meet candidates and question them at local hustings. Here are hustings where Bob Buxton may be appearing.

If you can add information that should be on this page - such as Bob Buxton's homepage - please use our crowdsourcing website to add it.