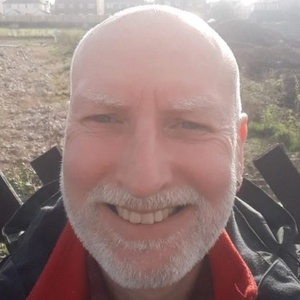 John Rushby was the Labour Party candidate in Appleton Roebuck & Church Fenton in the Selby local election. Our volunteers have been adding information on John Rushby - here's everything we know so far!

The party's candidate page for this person
https://selbyandainsty.laboursites.org/candidate-bios-appleton-roebuck-fenton/
We don't know John Rushby's email address. Can you add it?

I have been a Labour voter all my life and joined the party when Jeremy Corbyn was elected as leader. His vision of a United Kingdom based on the principles of equality, fairness and justice is one that I wholeheartedly share. As a social worker of 23 years standing I witness at first-hand how essential public services are being systematically decimated by the Conservative austerity agenda and the damage it inflicts on all of us, but especially the most vulnerable in society.

I moved to Church Fenton in 2016 and have been an active member of Selby and Ainsty Constituency Labour Party from day one. This has brought me into contact with other residents across the breadth of this constituency from Spofforth to Selby and from Tadcaster to Byram. It has helped me to understand the issues which are most important to local people, such as the lack of public transport, speeding on our roads, the increase in school academisation, community safety concerns in the wake of police cuts as well as more local issues in the community of Appleton Roebuck and Church Fenton, for example litter, dog mess and the impact of HS2.

One of my guiding principles is think globally, act locally. If elected I will be proud to represent my local community of Appleton Roebuck and Church Fenton ward on Selby District Council. I will be a strong voice for the area and a strong voice for policies which will benefit the many, not the few.

This statement was added by John Rushby, their team, or by a Democracy Club volunteer, based on information published by the candidate elsewhere.