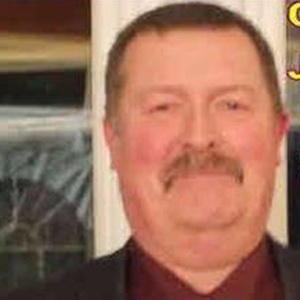 Clifford Johnson was the UK Independence Party (UKIP) candidate in Swansea East in the 2017 General Election. Our volunteers have been adding information on Clifford Johnson - here's everything we know so far!

I am standing in this election for UKIP as UKIP is the new centre ground party after it was stated on the Andrew Neal show with Susanne Evans [Deputy Leader of UKIP] that the UKIP manifesto was left of that of the Conservatives.
Only UKIP will get a fair brexit [hard with conservatives soft with labour]
Only UKIP will restore disability payments and increase pensions and personal tax free allowances [£13500.] [ Only UKIP understand that the best way to get the economy going is to make sure the lowest paid in society get a decent amount of money to keep away poverty and beat the Austerity supported by Labour and Conservative.]
The main issues in Swansea East are that the Labour ? candidate is not Labour at all she is one of Owen Smiths and Stephen Kinnocks Red Tory's, Very rich and just a mouth about poverty She is ok stuff the rest.
Clifford Johnson was a labour man and trade union officer until he realised that UKIP was the new labour party but with added common sense.
Labour knowing this have consistently lied about UKIP with the attitude that their voters will believe what they are told to believe.
So lets put a few of their lies into fact.
UKIP is a centre ground party not right wing FACT
UKIP is not racist or homophobic. We have candidates from all ethnicity and our deputy leader is LGBT. people with extreme left and extreme right views are banned from our party.
UKIP wants to keep the NHS totally public and the rest of the health services totally public, UKIP is opposed to the privatisation of the hospital supply chain done by Labour and kept by the Tories.
UKIP is opposed to the existing free for all immigration policy that has resulted in terrorists and their organizers to enter our country unchecked, UKIP believe in a controlled one in one out migration policy with Australian style entry restrictions policy, UKIP is the only party that will stop terrorists from entering GB.
UKIP would not continue paying the 400.million a week to the EU as the Tories have since the referendum.
UKIP would not pay any divorce payment to the EU.
UKIP would cancel the TV license fee and privatise the BBC.
UKIP would cancel the bedroom tax.
UKIP would stop all exorbitant rent and rates on small business
UKIP were the first party to totally support the Swansea bay tidal lagoon project.
UKIP would stop the import of steel goods without tariff so Welsh and British steel would flourish again as the car and white goods factories would spring up again in the UK.
UKIP would have local referendums on all local issues.
UKIP would look into the feasibility to restore the Trams to Swansea and Make Swansea Great Again just like Hull did.

This statement was added by Clifford Johnson, their team, or by a Democracy Club volunteer, based on information published by the candidate elsewhere.