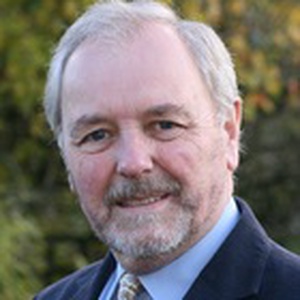 Derek Bennett was the UK Independence Party (UKIP) candidate in West Midlands in the European Parliament (UK) elections. Our volunteers have been adding information on Derek Bennett - here's everything we know so far!

Derek Bennett has been a UKIP member since 1997. Before that he was a member of the Referendum Party from 1996 and its Walsall North candidate in the 1997 general election.

He was educated in private schools to the age of 15, then did two years studying at Walsall Technical college from 1963 to 1965 before starting work in a large Birmingham store. In 1971 he then joined the Birmingham based family business his father started in 1946 designing, making, and installing bespoke fireplaces. He remained in the business until it changed hands in 2000 and was asked by the new owner to remain, which he did until 2006.

He was then asked to be a political assistant which he did until retiring in October 2013. In June 2015 he was asked to come out of retirement and continue as a political assistant, which is a position he held until December 2017 when retiring for the second time. He continued his voluntary roll as a UKIP Regional Organiser.

In June 2019, after being asked to be a West Midlands candidate for UKIP and was placed number 7 on the UKIP list, he was dismayed with the UKIP leader's support for two bloggers whose behaviour at a press event in London was shameful. Following that as well as being unhappy with the UKIP leader's association with Tommy Robinson, after 22 years as an active and committed member he decided to let his UKIP membership lapse in June 2019, he no longer belongs to any political party but since has attended a few Brexit Party events.

This statement was added by Derek Bennett, their team, or by a Democracy Club volunteer, based on information published by the candidate elsewhere.

You can meet candidates and question them at local hustings. Here are hustings where Derek Bennett may be appearing.

If you can add information that should be on this page - such as Derek Bennett's CV, homepage, twitter account - please use our crowdsourcing website to add it.