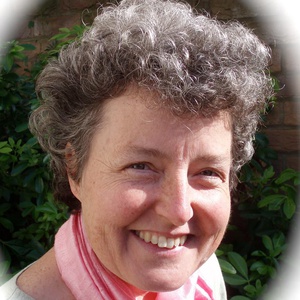 Catherine Rowett was the Green Party candidate in the constituency of Norwich South in the UK Parliament elections . They got 2,469 votes. Our volunteers have been adding information on Catherine Rowett - here's everything we know so far!

Before becoming the Green Party MEP for the East of England, Catherine was a professor of philosophy at the University of East Anglia. She has been a Green Party member for many years, and campaigning with the Party for many more still. She was co-chair of Norwich Green Party in 2017-18.
Catherine stood as the parliamentary candidate for South Norfolk in 2015 and 2017 (a seat in Norfolk that has for some years produced a huge Conservative majority). She has stood in local and county elections a few times. In May 2019 she was elected as the first ever Green MEP for the Eastern Region, where she currently serves as one of three “Remain” MEPs, alongside three Brexit Party MEPs and one Conservative. The Green Party was top of the polls in Norwich, which is her home city, in the May 2019 European elections.

In launching her campaign in Norwich South this year, Catherine said:

"Now more than ever Norwich needs the opportunity to vote Green, to deliver the action that we need—both at home and in collaboration across Europe—to change the system from the bottom to the top, in finance, economy, housing, energy, transport and wage structures. We need committed Green politicians in government. We need a clear message to all politicians that what matters to us above all else is the urgent elimination of all our projects and practices that amount to destructive exploitation of our planet. If we don't say that now, we shall be too late.

The Green party has been preparing a blueprint for a better society for years. It will be a society that sits lightly on its natural home and cares for the woodlands and the bees, the birds, the badgers and the hedgehogs. No other party is so well placed to address the problem, and if you and other Norwich voters continue to suppress that option behind tactical voting for the same old stuff all over again, there will be no future for us or for our children.

All our funding comes from people like you, who desperately want to see that new vision enacted and are prepared to send money to see it happen. So we don't have to slow the pace of change because of the pressure from donors whose vested interests are in the old destructive way of doing things. And we have no difficulty with explaining why we absolutely need to stay in the European Union, even though the European Union is not perfect. It too needs our voice at the table to get a faster pace of change for the better there as well.

For every green vote cast in Norwich South, a small amount of "short money" will go to those Green Party MPs whom we successfully elect to Westminster across the country this time. This "short money" is there to help them to represent your views, even if you are not in one of the lucky constituencies that wins a Green MP. So no Green vote is a wasted vote. Please do not imagine that Norwich South is a place where remainers should vote Liberal Democrat for want of a better option. You have a better option. Here in Norwich South the best remain vote, for a Green voter, is a Green vote.”

This statement was added by Catherine Rowett, their team, or by a Democracy Club volunteer, based on information published by the candidate elsewhere.

Catherine Joanna Rowett MEP is a British Member of the European Parliament representing the Green Party of England and Wales, and academic. She is Professor of Philosophy at the University of East Anglia. She is known in particular for her work on Greek Philosophy, especially the Pre-Socratic philosophers. She has been a Green Party Member of the European Parliament (MEP) for the East of England since 2019.

You can meet candidates and question them at local hustings. Here are hustings where Catherine Rowett may be appearing.

If you've received election leaflets from Catherine Rowett, please take a photo of them and upload them to ElectionLeaflets.org