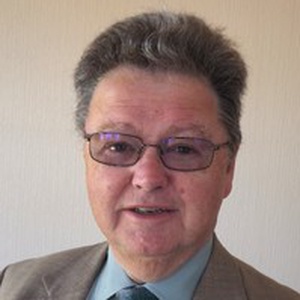 Gordon Lishman was the Liberal Democrats candidate in Pendle in the UK Parliament elections. Our volunteers have been adding information on Gordon Lishman - here's everything we know so far!

This election is about something much deeper than Brexit – our political system is broken but together we can make it work again.

Brexit happened because many of us felt shut out of decisions made in London. The tragedy is that our areas will be the biggest losers from Brexit because we still make things and manufacturing will be hardest hit – above all by a crash-and-burn no deal Brexit.

I’ve worked with politicians from all the main parties for decades. I saw honourable people working very hard in a system which made it more and more difficult to deliver results – and now suffering the hate and aggression which targets them and their families. It’s the system that’s wrong not most of the people in it.

Our Party structure is out of date; no longer fit for purpose. The nineteenth and twentieth century divisions just don’t answer challenges about the climate change emergency, the knowledge economy, mass migration, insecure employment and ageing populations. It’s time to reorganise British politics so that parties and the divisions between them are relevant to the world we live in

Gordon Lishman on Brexit
We should have a People’s Vote because that’s democracy.

Now we know what Brexit would mean, but we don’t know what the majority of people now want. Much of the evidence is that they would now vote to remain.

If the LibDems win a majority at this election, that’s clearly a people’s mandate to remain, so that’s what we’ll do. If it’s unclear, LET THE PEOPLE DECIDE.

We should have done what other countries with more experience of referendums do: think through the question so that it answers the problem. We’d have done better if like New Zealand, we’d asked the big question first: “Do you want to leave the EU in principle”; then done the work to create a proposal: “This is what Brexit would mean; do you want it”.

Climate Change Emergency
Climate change is the greatest threat to our future and that of our children and grand-children, our wellbeing and our democracy. It is the duty of Government to lead on effective responses, working closely with other governments and with international bodies. We should be making it easier for people to make their own decisions and contributions. Government should be leading not waiting.

Inequality in our Society

Our society is one of the most unequal in the developed world – along with the United States. That undermines health and how long people live in Northern towns; it affects the hopes and opportunities of our children and their parents; it takes away the sense of community and mutual support.

Brexit is the biggest threat to local jobs; that’s why we have to move on. We need an MP and a Council who will concentrate on bringing jobs and investment into our towns.

People should have more control over the work they do and a greater share of the profits that come from their work. We need greater protection from bad work and bad bosses. Liberals have always fought for greater power at work, fairer shares and greater security – after all, Beveridge was a Liberal.

I’ve given my working life to helping older people cope with the challenges of inadequate pensions, discrimination, and a Health Service that works well. With my colleagues, I achieved a lot, but the system for paying for social care as it stands is entirely broken. Many of problems the welfare state is there to help with are now getting worse – unemployment, low pay, insecure jobs, poverty, failing public services. It’s time for government to have a grown-up conversation with people about how to guarantee a fair chance for everybody in life.

In the upcoming General Elections on 12th December you can make things different and bring about the change that is needed in our society. Vote for Liberal Democrat Gordon Lishman for a better future for everyone.

This statement was added by Gordon Lishman, their team, or by a Democracy Club volunteer, based on information published by the candidate elsewhere.

If you can add information that should be on this page - such as Gordon Lishman's CV, homepage, twitter account - please use our crowdsourcing website to add it.