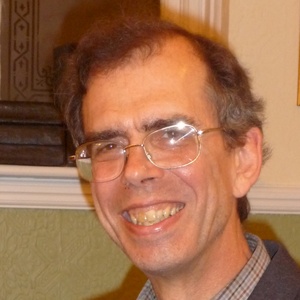 Andrew Emerson was the Patria candidate in Chichester in the UK Parliament elections. Our volunteers have been adding information on Andrew Emerson - here's everything we know so far!

Patria will be contesting three elections over the coming weeks.

The first two are by-elections to the county and district councils to be held on the same day in November, while the third is the general election on 12 December.

The candidate is in each case the well known campaigner for patriotic politics, local man, Dr Andrew Emerson.

I say well known because I have fought two previous general elections in Chichester, most recently in 2017, as well as numerous council elections and by-elections for Patria and before Patria was formed, for other parties of less significance which should no doubt be left nameless.

Look out for hustings, which could give you an opportunity to see all six of Chichester's parliamentary candidates debate, in the old democratic tradition. You may be less interested in attending echo chamber public meetings which masquerade as hustings.

You know the type, often hosted by student unions, they can only bear to hear debate, if one can call it that, between candidates of parties who are in agreement over denying democracy and reversing the decision of the people at the 2016 Referendum to leave the EU. They only really differ over the best way of achieving their diabolical purpose: to hoodwink the British people.

Patria is proud to be the only party standing in Chichester with a candidate who champions the cause of leaving the sinking EU the only way it can be left, that is with a clean break, No Deal, WTO Brexit. Accept no substitute, anything else is Remain by another name.

Brexit will happen, but in order for it to happen we ourselves need to make it happen. We must break out of the Hotel California in which we have been imprisoned as an increasingly dissatisfied guest for the last forty-six years and create a brighter future by developing our full potential as a self-directed trading dynamo.

This statement was added by Andrew Emerson, their team, or by a Democracy Club volunteer, based on information published by the candidate elsewhere.

If you can add information that should be on this page - such as Andrew Emerson's CV - please use our crowdsourcing website to add it.