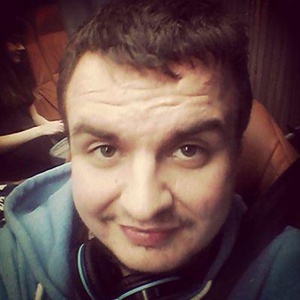 Kevin McNamara was the Liberal Democrats candidate in Grays Riverside in the Thurrock local election. Our volunteers have been adding information on Kevin McNamara - here's everything we know so far!

During his time in politics, Kevin has started and joined a number of grassroots campaigns with success. In 2009, Kevin was part of a city-wide non-partisan campaign to stop cuts to local services, asking residents to sign a petition to oppose the cuts then.

In 2012, he successfully campaigned as part of a small grassroots team to get students to overwhelmingly back a rethink against using the University’s southern slopes for development, instead proposing new siting options. This forced a rethink in the medium-term and gave the wider Saver Chaucer Fields campaign space to continue the campaign.

In 2013, following the appointment of the first Police and Crime Commissioners, Kevin worked on bringing together groups of Councillors, PCSOs, the Office of the Police and Crime Commissioner, as well as activist groups to start a dialogue on hate crime in the county, and to discuss how the Police Force felt they could counteract this. The success of this was, for the first time, student activists enjoyed a relationship with local police that had been lacking hitherto.
Education

Kevin grew up in Ilford, where he went to Primary at Goodmayes Primary. At age 11, he moved onto Bower Park School in Romford, a comprehensive before joining the borough’s Sixth Form College Havering Sixth Form in 2007. Since 2007, Kevin has called Thurrock home.

After being awarded his A-Levels, Kevin read Philosophy at the University of Kent at Canterbury.

Kevin has worked with an aerospace and defence publisher (Shephard Media) and with small businesses during his time working at the government-backed Start Up Loans Company, working on their customer service teams in both organisations.

Kevin has also been a Campaigns Organiser for the Liberal Democrats in 2014, organising as part of the only region which returned a Liberal Democrat MEP, and briefly working for the #INTogether campaign in Essex county.

Kevin has written for YourThurrock and Lib Dem Voice and regularly contributes to Liberal Democrat Expand and Arc.Trade.

This statement was added by Kevin McNamara, their team, or by a Democracy Club volunteer, based on information published by the candidate elsewhere.

If you can add information that should be on this page - such as Kevin McNamara's CV, twitter account - please use our crowdsourcing website to add it.