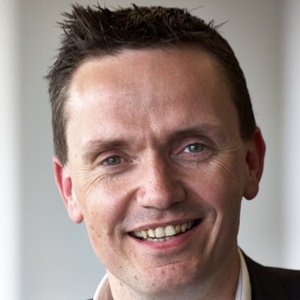 Mike Bell was the Liberal Democrats candidate in Weston-super-Mare Central in the North Somerset local election. Our volunteers have been adding information on Mike Bell - here's everything we know so far!

Mike Bell was born at the old Weston Hospital. The 43-year-old has lived in Weston, Worle and some of North Somerset villages all his life. He is married with two sons who attend a local primary school and lives with his family in the Milton area of Weston.

Mike works for a national charity, campaigning to help people with disabilities to improve their communities. Previously he has run his own business and worked for a locally based small publishing company.

A relentless campaigner, Mike represents Weston-super-Mare Central Ward on North Somerset Council, and is a former Leader of Weston Town Council. Mike also serves as a governor of Walliscote Primary School and chairs his local Children’s Centre Partnership Board. In his spare time, he is a volunteer with the Scout Association, helping lead a group of 20 six and seven-year-olds. He also has a very energetic border collie called Murphy.

Brexit
I voted remain, but I accept the result of the referendum. Now we need the best Brexit for Britain. The choices Theresa May makes will affect your life and country forever – that’s your job, weekly shop, environment, safety, where you can travel to and where you can live. That's why Lib Dems think you should have the final say on whether the deal is right for your family, it’s too important to leave to just politicians.

Crime and policing
Our police are overstretched and crime and antisocial behaviour isn’t going away. It isn't as simple as funding more officers, although that would help. As MP, I would bring together a crime and antisocial behaviour taskforce to deliver change by getting public services to work together to solve these issues and support people affected. Housing, poverty, inadequate physical and mental health support are all factors and only by working together, with Whitehall listening, can crime be tackled.

Education
North Somerset has some of the best schools in the country, and together our teachers, governors, parents and pupils are working very hard to keep it that way. The Conservatives plan to cut local school funding by more than £10 million. That means fewer teachers, bigger classes, poorer equipment and uncertain futures. As your MP I will fight against that ever happening. Every Lib Dem vote sends a clear message to Theresa May: hands off our children's education.

Health/NHS
On the Conservative's watch, political interference in our NHS has got out of control and instead of seeing improvements we have seen hospital debts pile up. That means fewer GPs, pharmacy closures and Weston’s Accident and Emergency unit at risk. The Lib Dems have proposed putting a penny in the pound on income tax to raise the funds the NHS needs. That’s an honest approach – action is needed and we’re up front about how to pay for it.

Housing
Under the Conservatives – in the Town Hall and Government – we’ve seen thousands of homes built in North Somerset. Yet it is harder to get your first home, harder to get an affordable rented home and many villages have been blighted by inappropriate development. We need a new approach that can only be delivered by voting for change. Lib Dems would build homes that are needed – and would free councils to build a new generation of council homes.

This statement was added by Mike Bell, their team, or by a Democracy Club volunteer, based on information published by the candidate elsewhere.

If you can add information that should be on this page - such as Mike Bell's CV - please use our crowdsourcing website to add it.