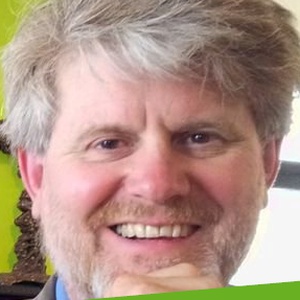 Andrew Boswell was the Green Party candidate in Broadland in the UK Parliament elections. Our volunteers have been adding information on Andrew Boswell - here's everything we know so far!

Andrew Boswell has been involved in Green politics across Norfolk for over 15 years. He was an elected member on Norfolk County and Norwich City Councils for 12 years between 2005 and 2017, and is fluent in Broadland and Norfolk issues. He has previously stood as a MP candidate for Broadland in 2015 and 2017, the only 2019 candidate with previous experience of the constituency. Do contact him with questions at andrew.boswell@greenparty.org.uk.

Fifteen years ago it was clear that we must change our society and politics rapidly to deal with the emergencies in climate, ecology and inequality - that's why Andrew went into politics. Now we have to do that in months, not years, and the Green's vision for a socially just ecological society has never been more relevant. We are leading politically in elevating urgent climate action to an emergency level. We will fund reducing emissions to net-zero by 2030 - 20 years sooner than the Government, and 15 years sooner than the Liberal Democrats. We would invest 4 times as much as Labour for net-zero by 2030, fully costed in our manifesto, making it more likely to achieve it. A majority of the UK public back 2030 and it is much fairer to future generations.

On Brexit, politicians are trying to rapidly force either IN or OUT. Extreme counter positions prevail with the Government pushing a “no deal” trap door deal, and the Liberal Democrats wanting to immediately revoke Article 50.

Greens have been clear that we would prefer to stay in Europe with the many benefits that we currently enjoy. We are also clear that the country needs healing. Respecting voters on all sides, we would take the issue back to a People’s vote with much greater information for people to decide upon.

Andrew is an environmental consultant specialising in the planning system, policy and law. He has wide knowledge of transport, energy, air quality and affordable housing. He’s has taken part in many public inquiries affecting Norwich and Broadland, and has passionately advocated developing our County in a way that is ecological sustainable and safe for the climate. He will fight for the Broadland community and for our country, at this critical time.

He has a doctorate in molecular biophysics (Oxford, 1981), and then worked in IT and computer science in industry (1984-1994) and academia (University of East Anglia, 1995-2006), and is married with three children, all in their thirties.

This statement was added by Andrew Boswell, their team, or by a Democracy Club volunteer, based on information published by the candidate elsewhere.

You can meet candidates and question them at local hustings. Here are hustings where Andrew Boswell may be appearing.

If you can add information that should be on this page - such as Andrew Boswell's CV, homepage - please use our crowdsourcing website to add it.