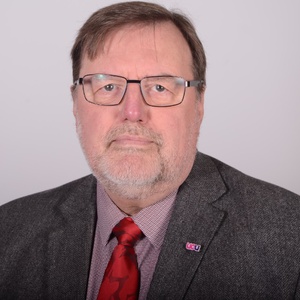 John Fenton Fones was the Labour Party candidate in Highbridge and Burnham Marine in the Sedgemoor local election . They got 246 votes. Our volunteers have been adding information on John Fenton Fones - here's everything we know so far!

The party's candidate page for this person
https://www.somersetlabour.co.uk/candidates/john-fones/
We don't know John Fenton Fones's email address. Can you add it?

John was born and grew up in London. He left school in 1971 and taught in a private RC school in North London for two years. He discovered that he never wanted to teach in a Private School again.

John qualified as a teacher (History and ‘Remedial’ Education) in 1977 at the University of Durham.

He joined the NUT as a student member in 1974, worked in comprehensive schools in Darlington and Durham City for ten years and during this time he joined the Labour Party and the Co-op Party.

In 1987 John moved to Further Education in North Devon College (now “Petroc”) and worked with young people on the YTS – the Youth Training Scheme as well as lecturing in Care services and IT.

John also worked in European Education, leading study groups of adults and young people in Germany, the Netherlands, Austria, and Hungary as well as in the UK and in 1994 he moved to the Czech Republic and taught in secondary and primary schools, in college and a university as well as running a group of UK-US native speaker teachers across the Czech Republic. During that time, he led groups of Czech students on exchange visits to North Devon.

In 1998, John returned to a college in London, becoming Head of Adult Basic Skills at Harrow College and then Assistant Head of Computing and IT at the same college. Since then he has been a Head of Department in IT in two comprehensive schools and is now a Lecturer in Computer Science and IT at Bridgwater & Taunton College. John has been a school governor in four schools, primary and secondary.

John is now the Chair and Senior Steward of the UCU (University and College Union) BTC Branch, currently the Chair of the Wells Constituency Labour Party and a member of the Co-operative Party.

This statement was added by John Fenton Fones, their team, or by a Democracy Club volunteer, based on information published by the candidate elsewhere.

If you can add information that should be on this page - such as John Fenton Fones's CV, email, homepage, twitter account - please use our crowdsourcing website to add it.