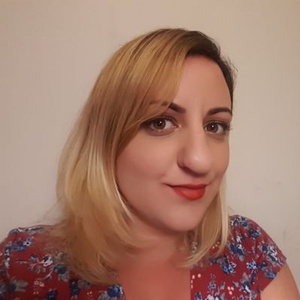 Rosamund Knight was the Labour Party candidate in Havant in the UK Parliament elections. Our volunteers have been adding information on Rosamund Knight - here's everything we know so far!

I have lived in Waterlooville, Havant, for over 10 years and am honoured to have been chosen by the Labour Party to represent us in Parliament. I grew up in Fareham and lived in Portsmouth for several years so is very much a local and understand the needs of local people. I had a child at age 19 and went to university as a single mum, graduating in Fine Art in 2011 when my son was 5. Whilst at university I worked with refugees and asylum seekers in Portsmouth on an art project that exhibited in Pallant House Gallery, Chichester in 2010. I am fully behind Labour's pledge for a National Education Service, offering high quality education from the cradle to grave, and am grateful for the support I got going into higher education as a mature student - the support existed thanks to the Labour Government of the time.

I went on to work with homeless people in Southampton, both those needing support with their life skills and with those who had severe alcohol dependence. It was an opener but also a great job, as I felt I was 'giving back', having had to rely on homelessness services myself in the past.

I have a wealth of life experience, both as a welfare claimant and the ‘squeezed middle’, and am very disappointed at how much has been taken away from citizens, from the introduction of the disastrous universal credit and the loss of child benefit to some households, to the government cuts to local councils.

It has become a real struggle for young families to access health visiting services as the cuts have meant many local clinics closed and this needs to be rectified. There are so many families who don’t have access to much needed support because they cannot physically get to the few clinics that exist and there isn't enough support to enable health visitors to visit families in their own homes.

Our town centres are dying, councils need funds from central government to invest in our towns, social care, parks, and provide high quality services at both local and county level. There is less investment in our local towns but more in out of town shopping developments which are not accessible for those who cannot afford to run a car.

Privatisation of our NHS needs to stop and mental health care needs to be made more accessible to avoid people reaching crisis point.

I have attended rallies organised by Stand Up To Racism Portsmouth and got involved in the ‘stop the coup' rallies when Parliament was prorogued.

I have seen what it is like for those who are down on their luck to live, having lived in a hostel, volunteered at a food bank, and worked for a homelessness charity in the past. These people need help to get back on their feet, and they help they got (and I benefited from) under the last Labour government has been taken away by the Tories and enabled by the Lib Dems, ensuring that people can’t improve their lives.

I believe in building a better and brighter future for those who live in Havant, and believes that one of the ways in which this can be achieved is by giving people the final say on staying in the EU or leaving with a credible and fair deal. I am passionately for remain but understands that the 17million who voted to leave cannot be forgotten about, and those who have changed their mind have the right to have their say in a new vote.

This statement was added by Rosamund Knight, their team, or by a Democracy Club volunteer, based on information published by the candidate elsewhere.