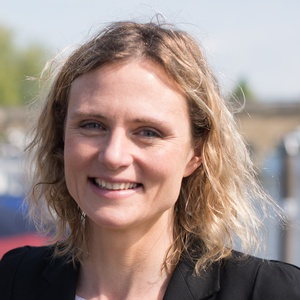 Laura Coyle was the Liberal Democrats candidate in the constituency of Henley in the UK Parliament elections . They got 18,136 votes. Our volunteers have been adding information on Laura Coyle - here's everything we know so far!

Laura has lived in the village of Streatley, just across the Thames from the Henley Parliamentary constituency, for six years with her husband Ray. She believes strongly in getting involved to help the community in which she lives; she is a parish councillor and chairs the management committee of the local pre school which her four year old son Cillian attends.

Laura has a strong record of fighting for those she represents having been a Liberal Democrat councillor from 2004 to 2010.

It was as a councillor that Laura first became interested in the plight of the homeless and those who are living in substandard housing. After doing a law conversion course and volunteering for the Citizens Advice Bureau she qualified as a solicitor in 2008. She now works as a housing solicitor in Oxford providing advice and legal representation to tenants and homeless people, primarily through legal aid. Housing is Laura’s abiding passion and she believes that access to good quality housing is fundamental to social justice and human dignity.

Laura campaigned hard for the Remain campaign during the referendum and wants to give the people of Henley the chance to vote for someone who believes that Britain, and the world, will be a better, safer place if Britain remains at the heart of Europe.

This statement was added by Laura Coyle, their team, or by a Democracy Club volunteer, based on information published by the candidate elsewhere.

You can meet candidates and question them at local hustings. Here are hustings where Laura Coyle may be appearing.

If you can add information that should be on this page - such as Laura Coyle's CV - please use our crowdsourcing website to add it.

If you've received election leaflets from Laura Coyle, please take a photo of them and upload them to ElectionLeaflets.org