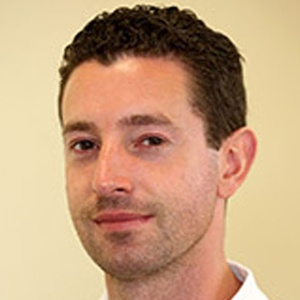 Robert is a beekeeper, builder and journalist. Although elected only at the last election in 2015, he has substantial political experience at local and national levels. He has worked for several high profile politicians, including Michael Gove and Nicholas Boles. His specific areas of policy interest include housing, planning, regeneration, skills and education.

Robert was born in Croydon. He is also a marathon runner, having successfully completed the last Brighton Marathon.

He is particularly known for his successful campaign to save Hove Library from closure.
Robert wants to be remembered for bringing joy to anybody who cares to experience the physical environment – built and natural – around us.

In 2003 Robert registered his first business.

He decided to name the the company 'G. Gekko & Co Ltd'.

In 2003, the American Film Institute named Gordon Gekko No. 24 on its Top 50 movie villains of all time. Gekko has become a symbol in popular culture for unrestrained greed (with the signature line, "Greed, for lack of a better word, is good".

On October 8, 2008, the character was referenced by Australian Prime Minister Kevin Rudd in his speech,"The Children of Gordon Gekko" concerning the Financial crisis of 2007-2010. Rudd stated

"It is perhaps time now to admit that we did not learn the full lessons of the greed-is-good ideology.And today we are still cleaning up the mess of the 21st-century children of Gordon Gekko."

On July 28, 2009, Cardinal Tarcisio Bertone cited Gekko's Greed is good slogan in a speech to the Italian Senate, saying that the free market had been replaced by a greed market, and also blamed such a mentality for the 2007-2008 financial crisis

In 2013, psychiatrists Dr. Samuel Leistedt and Dr. Paul Linkowski published a study of the portrayal of psychopaths in film, and cited the Gekko character as a realistic portrayal of the successful, "corporate psychopath":

"In terms of a ‘successful psychopath," they write, "Gordon Gekko from Wall Street (1987) is probably one of the most interesting, manipulative, psychopathic fictional characters to date."

This statement was added by Robert Stuart Nemeth, their team, or by a Democracy Club volunteer, based on information published by the candidate elsewhere.

You can meet candidates and question them at local hustings. Here are hustings where Robert Stuart Nemeth may be appearing.

If you can add information that should be on this page - such as Robert Stuart Nemeth's CV - please use our crowdsourcing website to add it.