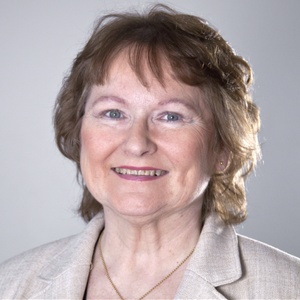 Eileen McCartin was the Liberal Democrats candidate in the constituency of Paisley and Renfrewshire South in the 2017 General Election. Our volunteers have been adding information on Eileen McCartin - here's everything we know so far!

Eileen McCartin has been a local councillor in Paisley for nearly 27 years.

She is a very experienced community representative and has stood a number of times for both the Westminster and Holyrood parliaments, always within her local area of Paisley.

She last fought the current incumbent, Douglas Alexander MP, when he was first elected in a by-election in 1997 - and was within a few hundred votes of election to Holyrood in 2003.

Because of the breadth of her local Government experience, Eileen really understands the needs of local constituents and she has fought constantly for fairness and for the least well off in society.

Eileen has long battled against the Labour Party's expectation that they will always be in power in Paisley. She was particularly successful in this when the Liberal Democrats joined with the SNP in 2007-12 to run Renfrewshire Council [one of the largest Scottish councils outside the cities]. During this time Eileen held the senior role of Deputy Leader of the council.

Eileen has particular experience and knowledge in social work and the arts and heritage of Paisley. Eileen's qualities include honesty, commitment and being a very hard working politician, reflected in the fact that she has been re-elected many times.

She says “I never promise people that I will achieve everything people want – but what I do promise is that I will work as hard as I can for local people to ensure the best possible outcome”.

This statement was added by Eileen McCartin, their team, or by a Democracy Club volunteer, based on information published by the candidate elsewhere.

If you can add information that should be on this page - such as Eileen McCartin's CV, homepage, twitter account - please use our crowdsourcing website to add it.