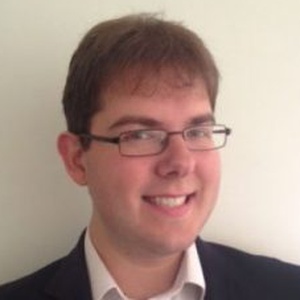 Nick Taylor was the Conservative and Unionist Party candidate in Withdean in the Brighton and Hove local election. Our volunteers have been adding information on Nick Taylor - here's everything we know so far!

The party's candidate page for this person
https://www.brightonandhoveconservatives.com/team/cllr-nick-taylor/
Email
nick.taylor@brighton-hove.gov.uk

Nick is a Parliamentary Researcher to the MP for Eastbourne and has recently completed a Master’s degree at the LSE focusing on the political economy of the colonies of settlement and the settler states of Southern Africa in the twentieth century.

Nick supports the work of Keep the Ridge Green, the Local Action team, TWEACK and Friends of Westdene Green, who are trying to save the barn on the Green.

His outside interests include cooking, travelling and socializing. One of triplets, Nick was born in Brighton and lived here all of his life. He attended Longhill, Varndean Sixth Form in Withdean Ward before going to the LSE for five years.

Nick’s proudest political moment to date is promoting a Notice of Motion with the unanimous support of the Council in December 2015 calling for greater attention on the issue of multiple births who suffer from higher rates of still birth and abnormality.

Nick is particularly interested in education and his vision is to improve schools to develop a meaningful choice for parents. Reducing the capacity crisis in school places and to give every child a good start in life, particularly to disadvantaged pupils who continue to perform less well compared to non-disadvantaged pupils. He wants to improve standards so that all our children can compete with the best school in the Country.

This statement was added by Nick Taylor, their team, or by a Democracy Club volunteer, based on information published by the candidate elsewhere.

You can meet candidates and question them at local hustings. Here are hustings where Nick Taylor may be appearing.

If you can add information that should be on this page - such as Nick Taylor's CV, homepage - please use our crowdsourcing website to add it.