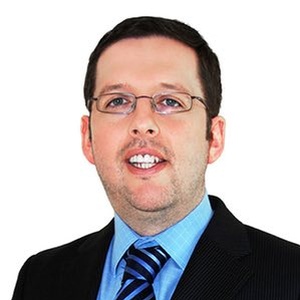 Adam Heatherington was the The Brexit Party candidate in Liverpool, Wavertree in the UK Parliament elections. Our volunteers have been adding information on Adam Heatherington - here's everything we know so far!

My name is Adam Hetherington and I am standing as your Brexit Party candidate, for your very own constituency of Wavertree. The Brexit Party is the one and only party that stands for unconditional Brexit, no ifs, no buts, but to leave absolutely, fully and finally for ever and ever.

Our armed forces are the envy of the world, and as a veteran of the Royal Navy Reserve, the Territorials and an RAF cadet, I know how important our armed forces are for your freedom. We owe a great debt to those men and woman who serve our country and when called upon, put their lives at risk. As a veteran, and as your MP for Wavertree, I will strive to see that our veterans are properly looked after, when they leave the armed forces and head for civilian life.

The state of our community finances have been slashed by sever cuts. The United Kingdom is the fifth largest in the world, and by some considerable margin, this country is the second largest economy in the EU, which is why they are striving, in the face of our clearly stated democratic decision, to prevent us leaving. As your Member of Parliament for Wavertree, I regard it as a necessity, that these services, for the old, for our youth, and for those vulnerable members of society, be fully restored with full government funding.

Our graduates leave university with massive loans to pay off for the rest of their working lives. The self-employed, who are the engine, of economic expansion, and the future prosperity of our nation, are overburdened with rent, rates and over regulation. First time buyers struggle to find homes that they can afford to either buy or rent. We suffer from a drastic shortage of social housing, for those less fortunate in society. All these things, all these faults in our society, I will strive to alter and to correct and to achieve and to attain, as your MP for Wavertree.

I want to hand back power to you the people of Wavertree. I want to see our own British courts, and our own British Parliament free and protected from foreign interference. The Brexit Party is the only party dedicated to restore the liberties of our country. That only the Parliament in Westminster can pass laws for the British people. Not laws and regulations from Brussels, Strasbourg or Berlin, but laws duly passed by a Parliament that has been properly elected by the British people. As I've said the Brexit party is the only party that is totally dedicated to achieve all this, for you and all the people of the United Kingdom

I therefore ask you all, to return me as your Brexit Member of Parliament at Westminster. I pledge myself to protect and promote your welfare as your MP. As a pledge of my commitment to you, I promise to give half of my salary, as your Wavertree Member of Parliament, to charity, to those causes I so much believe in. To you all, the people of Wavertree, I pledge my troth.

This statement was added by Adam Heatherington, their team, or by a Democracy Club volunteer, based on information published by the candidate elsewhere.

You can meet candidates and question them at local hustings. Here are hustings where Adam Heatherington may be appearing.