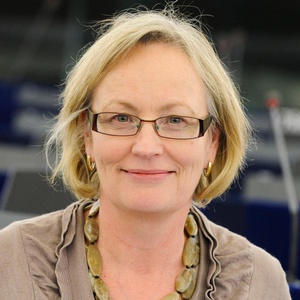 Julie Girling was the Conservative and Unionist Party candidate in South West in the European Parliament (UK) elections. Our volunteers have been adding information on Julie Girling - here's everything we know so far!

Julie Girling was born in London, educated at Twickenham County Grammar School followed by Liverpool University where she graduated in 1979 with a degree in History and Politics.

This statement was added by Julie Girling, their team, or by a Democracy Club volunteer, based on information published by the candidate elsewhere.

Julie McCulloch Girling is a British politician who served as a Member of the European Parliament for South West England between 2009 and 2019. Formerly a Conservative, she was suspended from the party in 2017 and in February 2018 joined the European People's Party group, while sitting as an independent. She supported Change UK in April 2019. In May 2019, she called on voters to support the Liberal Democrats, and in June was appointed as interim leader of the Renew Party.

If you can add information that should be on this page - such as Julie Girling's CV, email - please use our crowdsourcing website to add it.