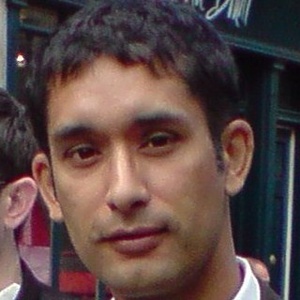 Dave Raval was the Liberal Democrats candidate in Hackney South and Shoreditch in the UK Parliament elections. Our volunteers have been adding information on Dave Raval - here's everything we know so far!

Dave Raval is the Liberal Democrat Parliamentary Candidate for Hackney South and Shoreditch at the General Election on 8 June 2017. He was the volunteer coordinator for the Remain campaign in Hackney South. He lives close to Hackney Central station.

Outside of politics, Dave is the Chief Executive of LoftZone, a ‘greentech’ business selling an environmental home improvement product. Dave grew LoftZone from a good idea on a piece of paper into a profitable company that has created jobs for 30 people and with products that are sold all over the world.

Educated at Oxford and Cambridge Universities, Dave has won numerous awards, including Inventor of the Year from the Ideal Home Show.

To keep the UK in as close a relationship with Europe as possible.
Sorting out the housing crisis in the UK, where we don't have enough properties for people to live in, where young people can't afford to buy nor rent, and where communities are disappearing
Improving equality at all levels, from tackling discrimination on the basis of disability, race, religion, sex and sexuality - right through to turning around the ever-increasing gap between the rich and the poor
Leaving a decent legacy for our grandchildren: which means everything from good schools today so they get a fair chance in life, through to preventing the worst effects of climate change so they don't end up paying for our mistakes.

In his spare time, Dave is a football referee, having officiated at semi-pro level, including early rounds of the FA Cup.

This statement was added by Dave Raval, their team, or by a Democracy Club volunteer, based on information published by the candidate elsewhere.

You can meet candidates and question them at local hustings. Here are hustings where Dave Raval may be appearing.