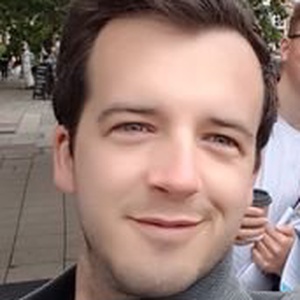 James Fredrickson was the Conservative and Unionist Party candidate in Oxford West and Abingdon in the UK Parliament elections . They got 22,397 votes. Our volunteers have been adding information on James Fredrickson - here's everything we know so far!

’m James, and I’m standing to be your Conservative MP. I live in Radley with my fiancée Lucy and work for an Abingdon based digital technology company.

In this constituency, we have organisations at the forefront of innovation in AI, connected care and electrical engineering. I would love to be the MP working to support them in bringing these innovations to those they can help most.

My career so far has been digital tech, an industry I chose because I believe it can radically improve and empower our quality of life. Starting at Vodafone in Newbury, I’ve been working in the Thames Valley Telecoms industry for over seven years.

The Thames Valley is also where I took my first steps in public service, by volunteering at a parish council to ork on improving the link between local mental health services and the NHS, so as to cut the time it took for young people to receive support.

It would be my privilege use this experience in serving as your local MP.

In this constituency, we have organisations at the forefront of innovation in AI, connected care and electrical engineering. These innovations have the potential to radically improve our lives and protect our environment. Living in the constituency and working in this sector, I get to see these every day. I would love to be an MP working to create the right legislative framework so that the benefits of these new technologies can be maximised.

Inevitably though, this election is dominated by Brexit. In that 2016 referendum I voted and campaigned to remain. But I did that on the promise that whatever the result was, it should be respected. At that time, that was a promise that every political party made. Yet some of our MPs, including our current MP here, have reneged on that promise.

I’m not going to do that. I promised that the result of the referendum should be respected, and I stand by that promise. I’m extremely conscious that accepting the democratic outcome is the fundamental means by which our politics operates. If we abandon our promises as politicians, people will simply abandon politics. That’s extremely dangerous.

I know that some people think that another referendum might be an answer. But Jo Swinson (leader of the Liberal Democrats), has already said that if a second referendum were to deliver another Leave result, her MPs would still not support the UK leaving the EU. That’s illiberal and undemocratic.

Whether you voted leave or remain, I believe there is a clear majority of people that want to honour the referendum result. If I’m lucky enough to become your MP, that’s what I’ll be working to deliver.

Locally, one of the biggest issues raised with me is the need to protect our local environment – particularly in mind of concerns around the Oxford-Cambridge ‘expressway’ proposals. When I become the Conservative candidate, I raised this with Ministers who asked that I demonstrate that there was genuine public opposition to the plans. To do that, we embarked on a constituency-wide campaign through street stalls and surveys, gathering your views on the scheme. Last week we presented those results to the Secretary of State for Transport. As a result, he came to the constituency to see one of the potential routes and announced that the expressway plan would be halted, and investment would instead focus on east/west rail and not a new road. That couldn’t have happened without those of you who responded to that survey.

Shifting from expressway to rail investment means we’ll have a far more sustainable transport plan locally, which better protects our environment. Ending uncertainty on the expressway also means Highways England can now get on with upgrading the Lodge Hill A34 junction and improve cycle links along the A40.

Having the opportunity to listen, gather people’s views and present them as evidence to influence Government policy is a privilege. I have loved doing it – and I hope I can continue doing it as your MP.

This statement was added by James Fredrickson, their team, or by a Democracy Club volunteer, based on information published by the candidate elsewhere.

You can meet candidates and question them at local hustings. Here are hustings where James Fredrickson may be appearing.

If you can add information that should be on this page - such as James Fredrickson's CV - please use our crowdsourcing website to add it.