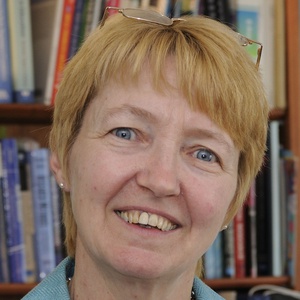 Catherine Fritz was the Labour Party candidate in Goodrington with Roselands in the Torbay Council. Our volunteers have been adding information on Catherine Fritz - here's everything we know so far!

Catherine Fritz lives in the Goodrington-with-Roselands ward and is well known for her community work. As well as playing a proactive role within the Community Partnership, Catherine also volunteers with a leading advice charity in Torbay and helps to provide food as part of Feed a Child Torbay, so that low income families can eat properly during the school holiday when free school meals are not available.

A retired researcher with strong statistical skills, Catherine will be well placed to play a scrutiny role and to be an advocate for struggling local families within the ward and for Torbay with wider government and commercial bodies.

Labour are opposed to the Liberal Democrats' proposal for Town Councils, which has been rejected by local residents. Labour argue the proposal fails to address the real problem which is the impact of austerity policies introduced by the Tory / LibDem coalition which has had and continues to have a devastating impact on our communities.

Catherine, if elected, will refuse to vote for further cuts to services and will instead demand central government improve funding for Torbay and that Torbay Council take steps to invest in our area. Torbay Council and others will be considerably helped by the election of a Labour government in the coming months.

Catherine said, “Hardworking people, especially those in insecure, low-paid employment, deserve a Councillor who will put their interests first. If elected, I will work tirelessly for the people who live in the ward and Torbay as a whole. I have a very strong team helping with the election and they are committed to continue working with me, if elected, so that the voices of the people can be heard and heeded and so that we can make Torbay the best place in England to live and to visit”.

This statement was added by Catherine Fritz, their team, or by a Democracy Club volunteer, based on information published by the candidate elsewhere.

If you can add information that should be on this page - such as Catherine Fritz's CV, email, homepage, twitter account - please use our crowdsourcing website to add it.